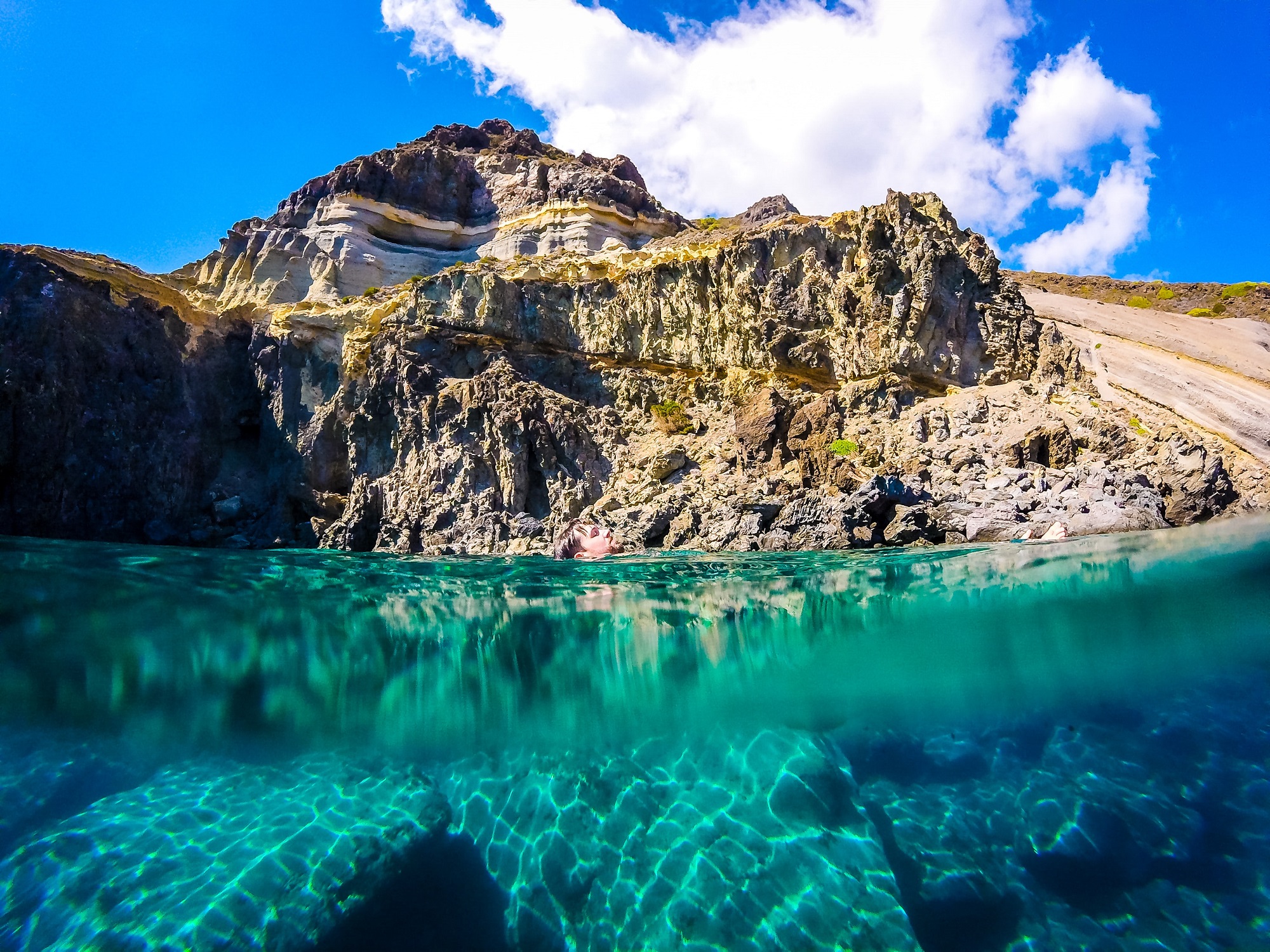 Garcia Marquez and the inspirations of the Black Island.

A disputed and destroyed island and, like the mythical Phoenix, reborn each time from its ashes, Pantelleria is, after all, a game of perspective, of angles, of reflections. Its appearance, as raw and bitter as it is magical, are a perfect cross-section of life, mentality and vocation. Pantelleria is, to this day, an extreme and mysterious place where the primitive breath of nature and the dizziness of light infuse a sense of the absolute, giving to the human being the emotion of being in one of the few corners of the Earth still violent, unique, unforgettable.

Its bare harshness is not at all the metaphor of a simplicity; on the contrary, it translates the exact opposite: it is the figure of the multiplicity of its deep voices that start from the winds and end where you can never find an end: in its archaic and always secret seas. For this reason, whoever landed there wrote something about Pantelleria: letters, travel diaries, poems, songs, novels, memoirs and stories; therefore, even Garcia Marquez could not fail to be enchanted and inspired:

“For a whole year we had been anxiously waiting for that summer of freedom on the island of Pantelleria. I still remember as a dream the solar plain of volcanic rocks, the eternal sea, the house painted with quicklime up to the entrance steps”.

The island that inspired one of his stories

Gabo wrote of a summer of tenacious sun ” stabbing like a knife”, of “smooth and diaphanous sea”, of volcanic rocks and “caper bushes”. It was July 1969, two years after the release of “One hundred years of solitude” and thirteen years before the Nobel Prize for Literature. The black island, with its “solar plain of rocks”, with its “sun stuck in the sky” and its “eternal sea” struck so much the imaginary of Márquez that a few years later, in 1976, Pantelleria and the people known during that vacation became the background and protagonists of “Miss Forbes’s Summer of Happiness”, one of the short stories included in “Strange pilgrims” (Doce cuentos peregrinos), published in 1992.

From the story emerges a literary fresco that makes one with the forms, the paths, the places that have ignited his imagination in Pantelleria. And so his Caribbean, his magic Macondo, transfigured into the lunar landscape of this extreme corner of Europe, while the memory of his centenary matriarchies and his Remedios gives body and semblance to a fable-teller cook capable of performing real magic.

For the Colombian writer, these were days of fish binges, accompanied by huge Pantelleria salads and busiate with the island´s typical pesto, which enhances the flavor of the sweetest sun-baked tomatoes and the best capers in the world. Days cheered by raisin wine and kisses from Pantelleria, small sweets composed of two pancakes joined by fresh ricotta cheese. Days of rocks conquered with difficulty, great swimming and underwater fishing.

Marquez was at Punta Tre Pietre, on the south-west coast of the island, near the Port of Scauri, an area of coastline that is certainly not easy to reach through a footpath that climbs in the middle of the rocks. If it is true that here the boulders are not ideal for lying down (it is an expanse of lava rocks), it is also true that here the sea takes on wonderful colors and it is possible to reach many caves by swimming. The seabed is in fact from the beginning very deep, the ideal place for diving enthusiasts who often find themselves swimming in the middle of herds of amberjacks, and be approached by some moray eels.

It was at Punta Tre Pietre that Márquez watched, as a television viewer, the moon landing of Neil Armstrong and his companions: “I saw the Moon from the Moon” he said. It is clear that a place so far away, lost, extreme and alien could not but become a friend of the writer of “One hundred years of solitude”: for this reason, the Nobel Prize winner gives us back a remote planet suspended in myth, inhabited by a figure who has the charm of popular wisdom, able to make us listen to the whining journey of the sighs blowing from Tunis, and who cooks with an intense and sullen joy that only women from Pantelleria can give: art made of gastronomic culture, intense flavors, proud and centuries-old traditions.

As always happens with extreme experiences, you can love or hate Pantelleria for the same reasons: its hardness, its sincerity, its rocks, its wind, its sheer sun. An area without visible boundaries where the gorge and the sublime coexist, the place of slow watches and fast sunsets. A place where one would like to flee from or never leave again.

“The only thing you can feel is the sea,” wrote Gabriel Garcia Marquez on the wings of that blue-colored suggestion that had to remain inside him for a long time. But silence and the sea are only the beginning: a game of perspective, of angles, of reflections that will open your mind to the most powerful and indelible, almost lysergic, dream that you will ever experience.

You have to go, come, return, to Pantelleria. Because, as in Gabo’s case, if you do not return you are condemned to remember it forever.

Do you want to read about another author who loved an island in our country? Then this post about Dylan Thomas on the Island of Elba is for you.