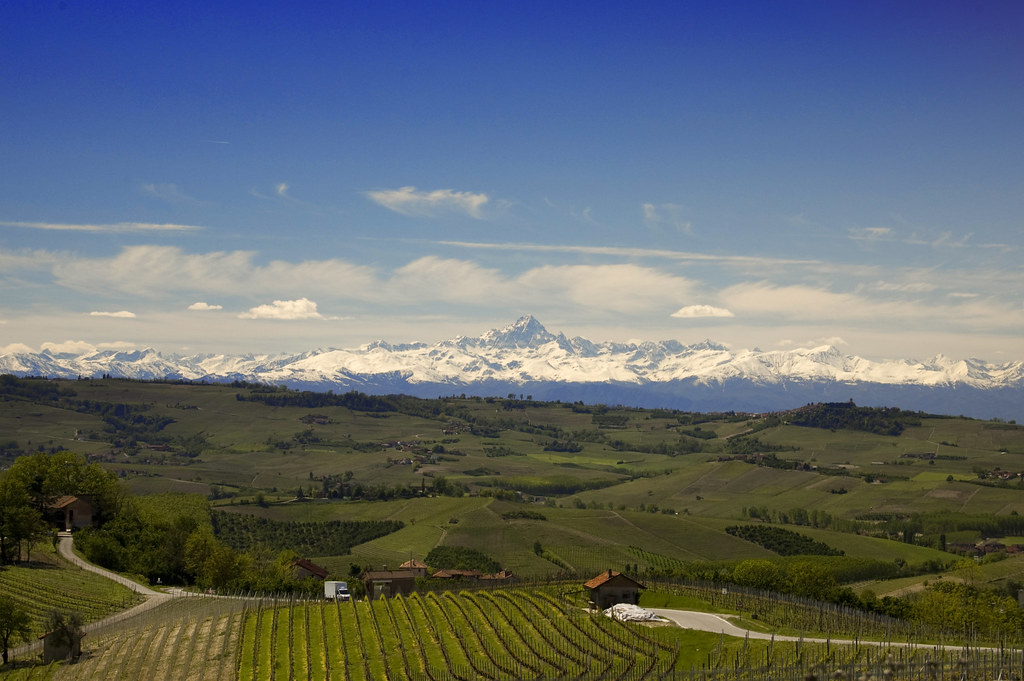 The Langhe, the anniversary of Pavese between moons and bonfires

By Emanuele Finardi10 May 2021No Comments

“Can anyone look for anything else? You pass over these things and wrap them up and live them, like air, like a burr of clouds. No one knows it’s all here.“

In March 1947, Cesare Pavese entrusted to the pages of his diary, which became the book “Il mestiere di vivere” (The Business of Living: Diaries), his deep love for the Piedmontese Langhe, the land where he was born and a UNESCO World Heritage Site since 2014. Born in Santo Stefano Belbo, Cesare Pavese spent most of his life in Turin but always maintained an intimate bond with the land of the Langa; like no other author, he captured its deepest essence, its ancestral strength, and contradictions.

The gentle hills, in the midst of which he feels both protected and disturbed, are never a simple background but the protagonists of his poetic imagination: here he discovers, during his childhood and adolescence, passion, the explosion of instincts, the flow of life and its progressive exhaustion.

Animated by this ancestral sentiment, Pavese never really left Santo Stefano Belbo; in his works the Langhe became the essence of things, an element that permeated the soul of the writer: “A little town means not being alone, knowing that in the people, in the plants, in the land there is something of yours, that even when you are not there, it remains always waiting for you”. If for Pavese the landscape coincides with interiority, then the woman he longed for is the Langa, wise, mystical, and treacherous, just like the soil, at once fertile and hard, sweet and sour.

Like Tina, the “woman with the raspy voice, a voice of lost times,” whose acquaintance led him to be first imprisoned in Turin, then in Rome and then sent into “confino”, internal exile in Brancaleone Calabro at the hands of the fascist regime, which accused him of being a member, through her, of the clandestine communist party. A request for a pardon, accepted, allowed him to return to Turin after a year away, where Pavese lived a long sentimental adventure with Fernanda Pivano, who was also in love with American literature and his student at high school. For five years Fernanda was his confidante and it was with her that he returned to hope to have a home and a love: a relationship that for Pavese should have ended with marriage, but that she instead refused.

From Turin, the Langhe seemed to Pavese to be light-years away, although the distance between the two places was certainly not sidereal and although it was the capital of Savoia that gave him fame and acceptance as a writer. In fact, it was in Turin that Pavese published his first collection of verses, “Lavorare stanca” (Hard Labor), and collaborated with the publisher Einaudi, which allowed him to make his debut as a novelist with “Il carcere” (The Prison) and “Paesi tuoi” (Your Villages), which this year celebrates the anniversary of its first edition.

Still with Einaudi, just after the end of the war, he was given the task of reorganizing the Roman branch of the publishing house; nevertheless, nothing would have succeeded in distracting him from his sincere love for his homeland, perhaps because it was along the line of these “Turin” assignments that Pavese became entangled in the last two sick loves of his life: first Bianca Garufi and then, a few months before his suicide, the American Constance Dowling. The umpteenth disappointed passion that will make him write:

“This one is over, too. The hills, Turin, Rome, burned four women… You have the strength, you have the genius, you have things to do but you’re alone.” And, again, “I’ve never woken up with a woman of my own by my side; those I’ve loved have never taken me seriously and I ignore the look of gratitude a woman gives a man.”

It is in this restless living, where childhood struggles with adult life and nature with the city, that the hills of Langhe definitively become a mythical place, the roots that give the sensation of having found, at least for a moment, one’s place in the cosmic order. Therefore, it is a ritual to return to them today and retrace them almost like a magical and primitive ceremony guided by Pavese’s verses.

In addition to the house where Pavese was born, the farmstead of San Sebastiano, now a house-museum, in Santo Stefano Belbo you can visit other places where Pavese lived: the Casa di Nuto, a museum that traces the friendship between Pavese and Pinolo Scaglione, the Collina della Gaminella, heading to Canelli, where “La luna e i falò“(The Moon and the Bonfires) is set, and Moncucco, the hill of the poem “The Southern Seas”. Along the Belbo torrent, we then cross a plain surrounded by long rows of poplars to Cossano Belbo, where, in the novel “The Moon and the Bonfires“, Anguilla’s adoptive parents went to live. In the village, loved also by Beppe Fenoglio, there are the fountain of the Scorrone and the panoramic church of Madonna della Rovere, from where you can admire the whole valley. Continuing south, we finally arrive in Castino “a village always beaten by a crisp wind and from there you can see distant, tiny fumes in the vapors. Towards evening, especially, it seems to be in the sky”.

A sky that, guided by the eyes towards the fireplaces, also recovers a vocation full of the aromas and flavors of cooking. If, in fact, Pavese appears at first glance to be lacking as a narrator of eating habits, a more careful reconnaissance of his pages shows instead that the presence of food has a role that is not at all marginal. Certainly, Cesare Pavese will remain in our memory more as a convinced smoker than as a gourmet, even celebrating cigarettes (“Life without smoke is like smoke without roast meat”); but to the codified and immutable recipes of his Langa he dedicates absolute dedication and devotion: among others, the marinating of civet, the long time of polenta, the anchovies first desalted and then dissolved in oil and ignited by the aroma of garlic to fortify the grape pickers with a bagna cauda ideal for tough vegetables such as peppers and onions. And then the meat of the beef, a paradise in which to dive with a bowl of green bagnetto at hand, and perhaps with a plate of fried food on the side where the brains and spinal cord become even fatter and more sensual when wrapped in breading, softened by semolina and apple slices.

In the end, after breathing good words, beautiful landscapes, and excellent cuisine, you can end your journey through Pavese’s Langhe from where you started it, in Santo Stefano Belbo, with a salute to the person who gave you all this. The cemetery, where Cesare Pavese’s remains were transferred in 2002, is in fact only a few hundred meters from the house where he was born. His tomb is on the left, just after the gate: on the tombstone is written: “I gave poetry to men”. After this experience you will not only read words: you will be truly grateful, with your palate and heart, to the person who wrote them.