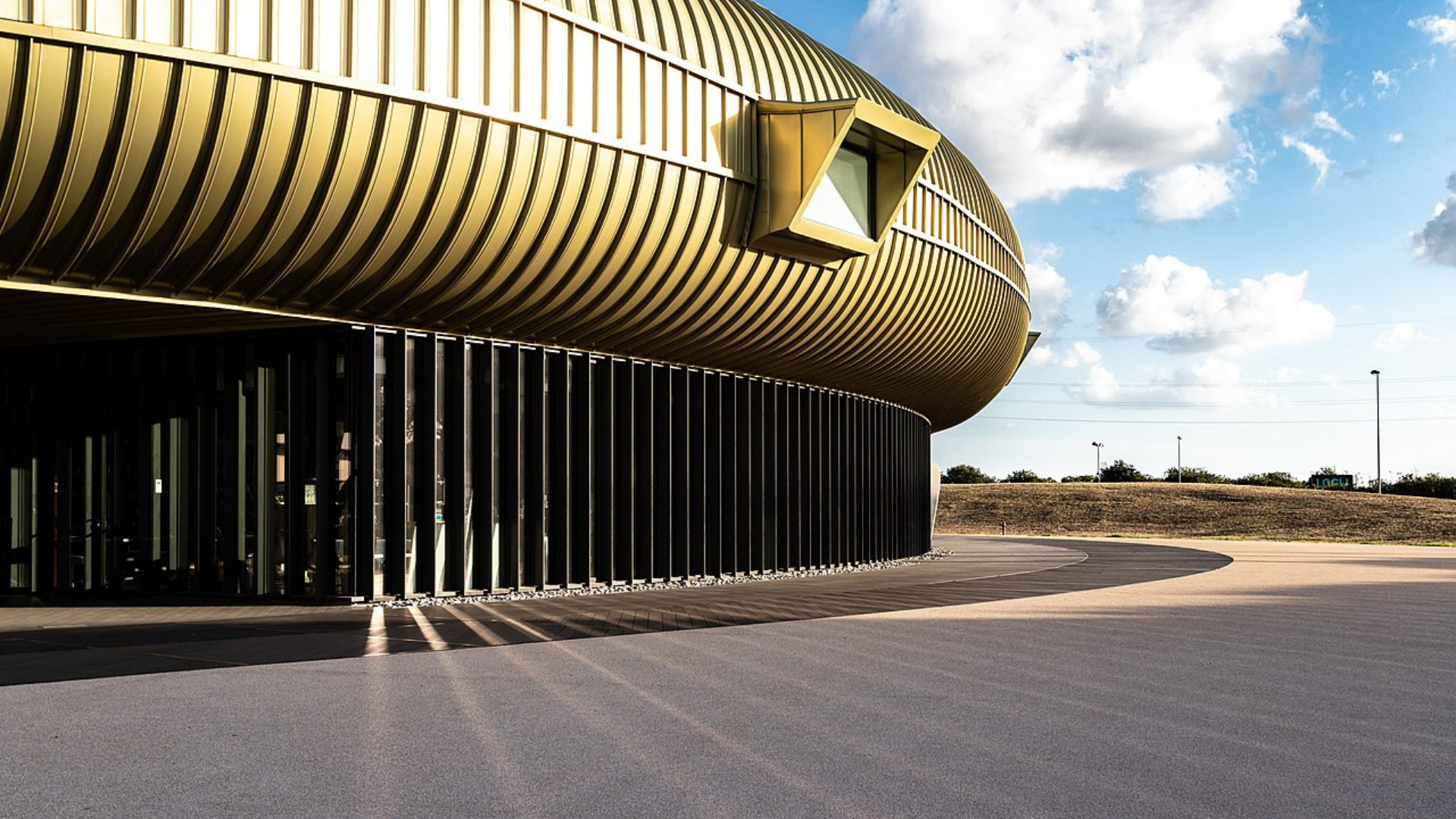 Prato beyond what you think: where art embraces you at every step

Go to Prato. Discover Prato. In fact, put Prato at the beginning of your trip to Tuscany. Because in and around Prato your eyes, your hands and your mind can play, coloring themselves with voracious and wonderful sensations; a city where every place becomes thought and thought becomes art, celebrating a path that is a history of enterprise and pride, and therefore a vehicle of a people. In a sentence, whispering the memory of Malaparte while welcoming us: “It is in Prato where everything ends: the glory, the honor, the piety, the pride, the vanity of the world”.

“I am from Prato; hadn’t I been born in Prato I wouldn’t have come into the world, and I think that the only defect of Tuscans is that they are not all from Prato”. Curzio Malaparte (born Kurt Erich Suckert) always claimed to be proudly from Prato.

Prato for Malaparte is not only a place of birth, but a house that followed him as well as inspired him during his whole life, and where he wanted to rest after his death; he is therefore a good travel companion to get to Prato and visit it: not only because after all he never really left it but also because, as a really multiform and chameleon-like brain, he was removed for a long time from the artistic memory of our country in the name of only presumed knowledge.

Prato, in fact, is often too trivially linked only to Chinese industriousness and to the centuries-old activity of the wool workers, also known as cenciaioli. But approaching Prato through Malaparte means going beyond this, to look for precious images that dilate spaces and deform every preconception: it means accepting the challenge of walking side by side with an atypical, brave writer, who still looks for the values of pure art and defends their survival in the chaos of contemporary suggestions linked to an instantaneous and voracious consumption ( even by tourists). On the other hand, a bit like the history of Prato, Malaparte’s life was a game of balancing power and freedom, between the suffering of being on the margins and the pride of claiming this difference.

The places of the writer in Prato

Prato in fact is a representation changing around those who visit it, whose mobile architecture moves between the stone of the center and the materials of its surroundings that know how to reveal, like few territories in Tuscany, a unique nature, at the same time wild and delicate. And it is once again following Malaparte on the way to his mausoleum that we can discover this fascinating and spiky soul of rock and wind.

In fact, even though Curzio Malaparte died in Rome on July 19th, 1957, according to his will, his body was later placed on the peak of the mountain called Spazzavento by the people of Prato, at the beginning of the Bisenzio valley, in a stone tomb situated in the middle of the plain on which Florence and Pistoia rise; from here you can see on one side the first heights of the Calvana mountains to which Prato is leaning, on the other side the hills of Monteferrato and, in the blink of an eye, you go from places full of houses or industrial settlements to areas widely covered with forests and strips of cultivated land, where there are many and varied possibilities for excursions: from simple walks, to more challenging itineraries in a decidedly mountainous environment, to walks in the dense vegetation influenced by karstic phenomena that sprout on imposing windswept prairies.

Returning then from the outskirts to the center, Prato in its historical heart reveals a sort of magnificent cadastral novel: in the twelfth century it was the city of sixty towers, buildings with vertical perspectives from the austere facades drawn towards the sky with small windows, narrow arcades, loopholes and potholes. The “tower-houses” dominated and defended Prato and for this reason they are easily distinguished by a daring and bold look.

Between Renaissance and modernity

The setting and the atmosphere of the fourteenth century are echoed in the austere profiles of these structures, but also in the memory of the deeds of Francesco di Marco Datini, another symbol of Prato’s enterprise in his being the inventor respectively of the letter of credit, of the “at” (@) as a sign of communication and of the holding as a fully modern enterprise: where the ability to conduct business was combined with marked gifts of charity, making him an extraordinary example of an early Renaissance merchant.

Still strolling through the historical center, you will certainly be struck by the Castello dell’Imperatore (the Emperor’s Castle), the only example of Suevian architecture in central-northern Italy, as well as by the Duomo, on whose façade stands out the Pulpit by Donatello and Michelozzo and whose interior – where the venerated relic of the Sacred Girdle of the Madonna is kept – is embellished by the splendid frescoes of the “friar with offspring” Filippo Lippi, first excommunicated by the Church for his relationship with Lucrezia Buti, from whom he had the son Filippino, and then rehabilitated thanks to the intercession of Cosimo De’ Medici. Leaving the cathedral, at the center of the Piazza del Duomo there is, still in the words of Malaparte, “the pinkish stain of the marble fountain, with its beautiful flesh color”, which if the people of Prato call “del Papero” (of the Duck) because of the swans resting on the edges of the basins, but actually known in the guides as Fontana del Pescatorello.

Who was born in Prato

It was in this very piazza that Malaparte stopped, in a place that enchanted, among others, Herman Hesse. Malaparte had legions of enemies but, as he said, he only needed a few friends not to feel lonely; he would certainly be in good company sitting at a coffee table with the other artists of these lands. Yes, because Prato, in its path of a place always different from the classic Tuscan iconography, during the 20th century maintained a continuous cultural dynamism, demonstrated by the presence of prominent painters such as Ardengo Soffici, the founder of the “School of Prato” in the 1930s, but also by a sharp and rebellious writing style; if everyone, or almost everyone, knows the brothers Sandro and Giovanni Veronesi, Roberto Benigni and Francesco Nuti, few know of the thousands of Veronesi, Benigni and Nuti scattered among the villages of the plains and hills of Prato, immersed hand and foot in that humor spread among bars, taverns and clubs that is the humus from which emerges every so often, for our enormous good luck, a comedian, a writer or a director capable of really moving and entertaining us.

Straddling the line between avant-garde and pop culture, Prato is in fact an open-air laboratory, where creativity is driven by a passion for contemporary art and thrives in places that were once production sites and are now an inspiration in the continuity and transformation of industrial architecture. Prato dialogues with genius, mixes with art, as in the case of the “Buco di Prato” (Hole of Prato), a monumental creation in white marble by Henry Moore – also known as “Forma squared con taglio” (Squared form with cut) – which represents one of the greatest examples of contemporary sculpture in Italy. This continuous listening, almost a devotion to the avant-garde, finds further confirmation in the light and shadow installation ” Grande Sognatrice” (Great Dreamer) by Fabrizio Corneli, as well as in the Museum for Contemporary Art “Luigi Pecci“, in this context the most important landing place in Tuscany.

The most wonderful thing is that in Prato beauty can be touched, and not only looked at as it often happens in other areas of Tuscany or Italy; a vocation that is rooted in the process of working with fabrics, the so-called “regenerated wools,” that even in their name convey a sense of profound renewal as the result of an important tactile experience, which is able to identify the composition of the used clothing only by the contact with the fingers. So, yes, Prato is fabric and industriousness; but a fabric and an industriousness that tastes of crunchy art, like its Biscotti (commonly called cantucci), that scents of sincere cooking (see the bozza di Prato, the mortadella di Prato and the celery alla pratese), that leaves in the mouth the same good taste of quality alcoholic nectars like the Vino di Carmignano, first doc recognized in the world in a proclamation by Cosimo de’ Medici, or the Vermouth di Prato, that precedes that of Turin as biography.

In the end, pratesità is indeed a proud and indomitable spirit; a way of being that unites Malaparte to Prato in a supreme drive for freedom of action, thought and feeling. An eternal love, poignant and amusing at the same time, to be guarded with affection, once you have left Prato behind you, in a secret inner pocket of your dress of impudent travelers in love with the best of Italy.