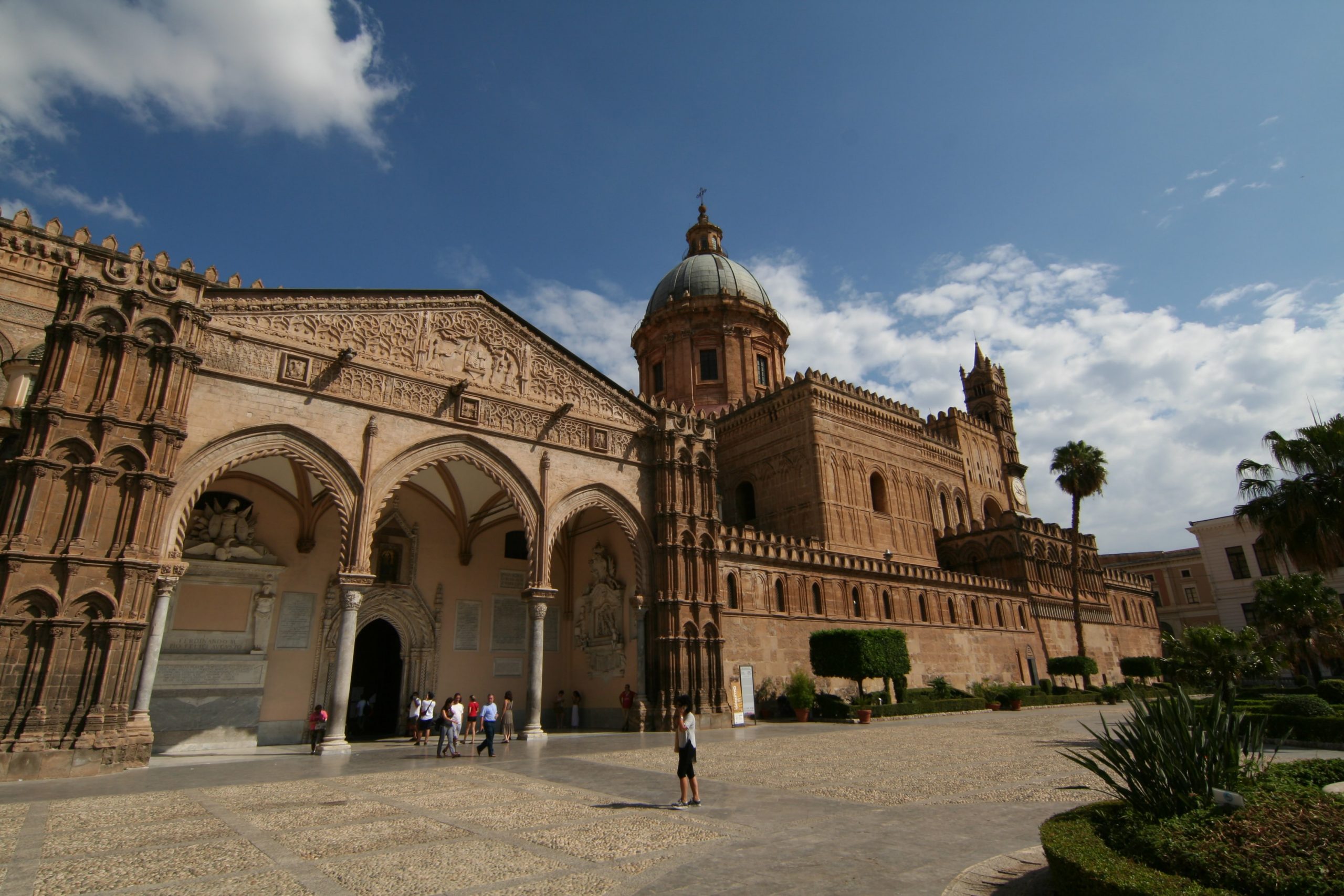 Oscar Wilde and his last kisses in Palermo Cathedral

“When I’m really in trouble, as anyone who knows me can say, I refuse everything except to eat and drink”. When Oscar Wilde – writer, poet and playwright, but also an expert connoisseur of food and wine – arrived in Palermo on April the 2nd 1900 everything had somehow already been accomplished in his life. His sensational biography, made up of worldly success, scandals, provocations against the stupid respectability of the time, had imposed his character on the European and even American scene; Lord Alfred Douglas, father of his young lover Bosie, had also already flooded London with infamous notes about him, there had been trials for gross indecency, i.e. homosexuality and obscene acts, with the penalty of two years in prison for forced labour.

Thus, for the hypocrite Victorian society Wilde had become the emblem of all evil decadence. For his part, Wilde, who felt he had arrived at his twilight, needed only peace, tranquility, and genuine cooking, so much so that he stated in one of his famous aphorisms: “I hate those who do not take food seriously: they are too superficial”. And again: “It is a mistake to condemn gastronomy. Culture depends on gastronomy“.

So it is not by chance that he decided, before finishing his life in Paris, to enjoy the tables of the Sicilian capital. The street food of Palermo has in fact ancient origins, to be found in popular traditions, and is an essential part of the soul of the city. In the past, food was prepared with the leftovers of the food of the rich on the ground floor of the houses; in ancient times, it was the buffittieri who ran the street food in Palermo, selling cheap, simple food on the shelves and on counters placed in the street. Being passionate of sandwiches, Wilde was certainly attracted by Palermo’s street food and, although his health conditions were not the best, the chronicles of the time remember him as an excellent gourmand with a passion for pane e panelle and Pani ca’ Meusa, a soft sandwich stuffed with pieces of spleen, lung and, sometimes, calf’s trachea.

But why did Wilde choose Sicily for his last trip away from Paris? Italy was actually a country he loved to return to, after being impressed in his youth during his first trip in 1875, in the company of his friend William Goulding and the Reverend John Pentland Mahaffy, his tutor, to Florence, Bologna, Venice, Milan, and then two years later to Genoa, Ravenna, Brindisi and Rome.

Badly kicked out of the strong English community from both Naples and Capri, Wilde arrived in the more “liberal” Sicily in 1897 together with Bosie, whom he had not repudiated despite what he caused him. “He ruined my life, and for that very reason I seem to be forced to love him more,” he wrote in one of his Italian letters.

Oscar and Bosie took refuge in Taormina, protected by the Italian penal code which, unlike the English or German one, did not mention homosexual acts between consenting adults. Wilde kept a soft and pleasant memory of his first stay in Sicily, so much so that, despite his poor health, he decided to return there three years later, in 1900, in the company of the rich and sulfurous Harold Mellor.

Wilde is no longer as handsome as a Greek god, so flabby that he seems to have nothing to do with the ephebic dandy who dictated fashion in London. They stay in Palermo for eight days and Wilde writes with transport to his friend Robert Ross. The city appears splendid to him, “in the best position in the world, the splendid valley that stretches between two seas”, he falls in love with the Palatine Chapel, all gold, where “one feels as if one were sitting in the heart of a huge nest, its mosaics are the most beautiful ever seen” and, with a sharp eye, he does not forget to underline the qualities of the coachmen who carry him around, “deliciously beautifully sculpted boys”.

Among the coachmen he preferred Giuseeppe, a seminarian who soon became his companion; for four days, up to the very last moment, the writer kissed him behind the high altar of the Cathedral, almost as if he wanted to push beyond death that mixture of desire and need for love, consciously played on the romantic thread of blasphemy towards morality, and orthodoxy with respect to the salvific character of beauty, which has characterized his whole life and his work. “My mouth is twisted by kisses, and I feed on fevers” in spite of everyone and everything.

At the end of those eight days in Palermo Wilde, passing by Rome for Easter, will return to Paris to complete his Passion: sick, swollen and emaciated, as Toulouse Lautrec portrayed him in one of the strongest portraits in history. He died a few months later, when he was only 46 years old, but he left us first the last of his enlightened and indomitable aphorisms: “They told me that my illness is unknown. I am really happy: to die of a common illness would have been very humiliating”.