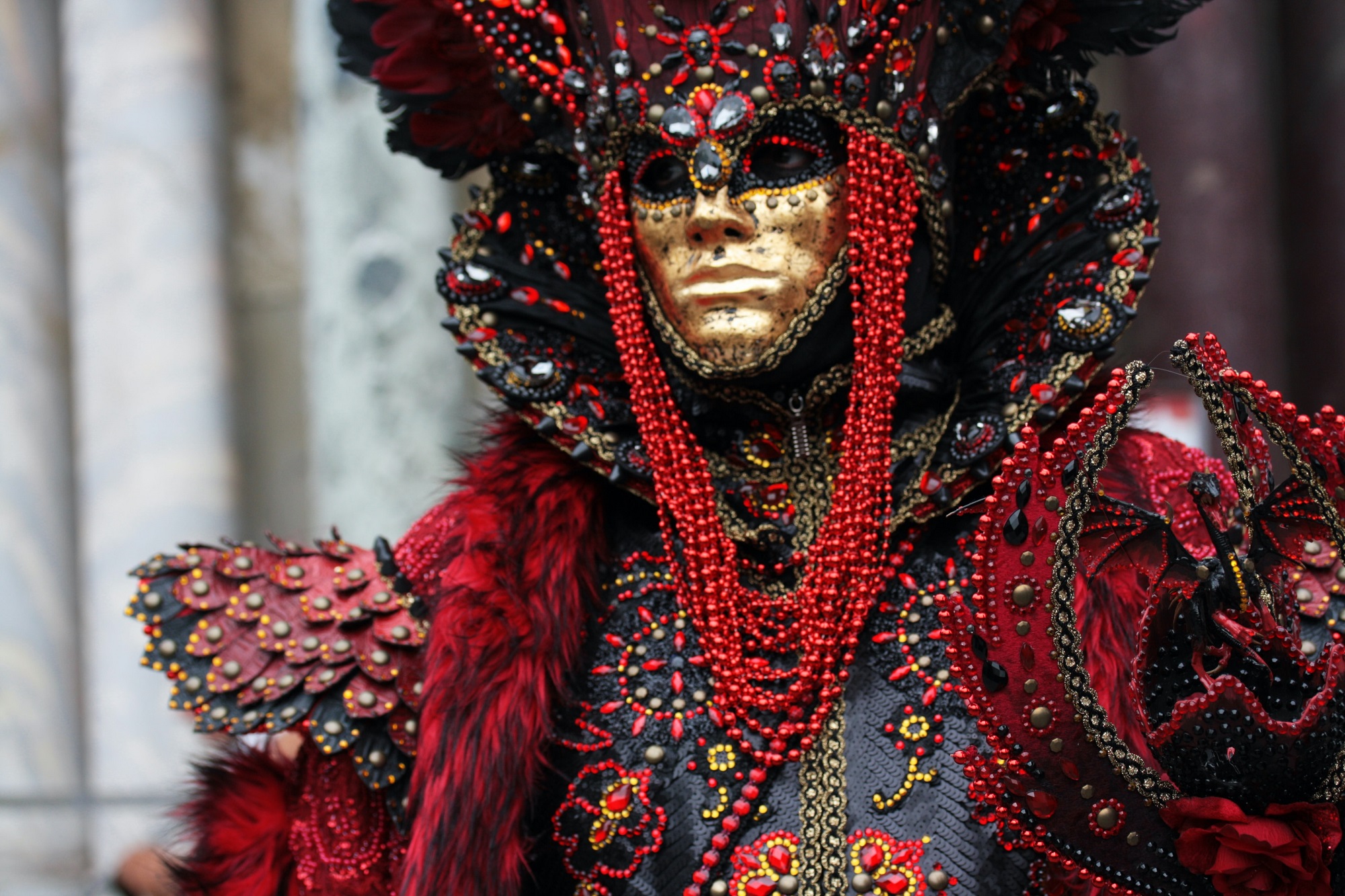 Carnival on Valentine’s Day: a story of love and anarchy

Anything goes at Carnival, we’ve all said it at least once. Because the carnival gives the joke a mythical space of action, putting the salacious spirit in circulation between heaven, earth and underworld, in a frame concerning man and his goals: a destiny that, at least at Carnival, you can rewrite with mocking irony.

The origins of carnival

Derived from mobile festivals of Greek and Latin origin, the carnival was rediscovered in Italy around the fifteenth century: it is in fact in the fifteenth century that this word begins to be used in conjunction with Shrove Tuesday and the beginning of Lent. Actually, the term carnival was already in use in Italy for some centuries, in particular in Venice, where it is possible to date back to the 11th century to indicate an important masked city festival that would then evolve into what, even today, is recognized as one of the most iconic and appreciated representations in the world.

In Venice, the first mask

Among other things, the Venetian carnival is perhaps the first real carnival introducing the mask as a crucial accessory, both practical and symbolic: the mask covering the face is the instrument through which the modern carnival retrieves from the Greek Dionysian rites and the Roman saturnalia the sense of temporary overturning of the social order. During the Dionysian and Saturnian rites, in fact, there was a total disruption of the social order, social conventions were suspended during those days and in the name of the joke and debauchery, everyone was free to say what he wanted and indulge in actions out of the ordinary.

Carnival in the world, the pagan origins

We find festivities of this kind in almost every ancient civilization: in Babylon, on the occasion of the spring equinox, but also in India, in China, in Japan, in the Germanic world, and in the Celtic one. The carnival, to all intents and purposes, appears therefore as the feast of the world: it belongs to humanity and is intertwined with the commedia dell’arte, moving from Christian and pagan rituals. It is, therefore, no coincidence that overseas in the nineteenth century, in the United States and Brazil, at the twilight of slavery, has managed to take root and establish itself so much to make cities like New Orleans and Rio de Janeiro two of the world capitals of the carnival.

The etymology of carnival

Passed unscathed through the centuries and cultures, today carnival is above all this: a playful, allegorical feast, with a high, very high, satirical content. But why in the collective imagination there are, perhaps always, certain dreamlike figures inextricably linked to the ancestral memory of this time of year? And what does Carnival claim? Only no obedience, no work, no rest? In other words, to what does its sardonic, and thus bittersweet and contemptuous, laughter refer?

Even its etymology, confusing and ambiguous, is mocking us: carne vale, carne addio (goodbye to the flesh), or carne levamen, that is, relief of the flesh? As a navigating allegory, the very origin of the term has been masked over the centuries, becoming less and less comprehensible and, therefore, more and more malleable, so much so as to be welcomed with all sorts of attitudes in the literary sphere: ranging from moralistic censorship by some nineteenth-century authors (Manzoni, Sacchetti, and Tarchetti), to the existential extraneousness expressed by Verga and Svevo in Senilità, up to the recognition of the mask as a fundamental narrative topos by Pirandello, Gadda and Eco.

But, going back to today and among mortals, perhaps the most appropriate form of Carnival for the period we live in is described by Grazia Deledda: “Carnival came to me around noon on Maundy Thursday, when my aunt sat by the fire to fry the doughnuts. I stayed close to her, with my eyes on the container of leavened dough that smelled of orange peels and grape water”.

How carnival treats are called all over Italy

A private picture tied to traditions, to everyday life, a domestic ecstasy that unites the heart with the palate. On closer inspection, in fact, Carnival has the shape of a pancake. Whether they are dough – Venetian fritole, castagnole in Emilia Romagna, Friuli Venezia Giulia and Lazio, tortelli in Milan – or strips of fried dough – called chiacchiere in Parma, Umbria, Campania, Basilicata, frappe in Rome, Viterbo and Ancona; cenci in Tuscany; crostoli in Friuli and Trentino; galani in Veneto; bugie in Piedmont and Liguria – Carnival exudes at every step of oil put at temperature.

The meaning of Carnival

And it is perhaps while waiting for the perfect frying point that Carnival shows its true nature, if not etymological then certainly human: an attempt to unite Dionysus and Christ in the feast, a resumption of time at its beginning, an attempt to be reborn; hence the unleashing of license, the coincidence of all the opposites and the violation of all the prohibitions, first of all with respect to diet.

If the air of Carnival was already not enough, the latest twist of fate places in 2021, the last Sunday of Carnival, the day of St. Valentine; so that Carnival, still a metaphor of the ancient revolt and desertion, this year will be forced perhaps to sweeten its vocation, giving life to the miracle of a story of love and anarchy that Lina Wertmüller would certainly like. A comedy where Carnival remains on this side of sentimentality, with its disdainful refusal, with irony tinged with anger, but in the end is also forced to speak to us with love, like St. Valentine.

All that remains is to end with this crazy hope, a consequence perhaps of the period that embraces us all; but let’s be clear: if, in honor of beauty, even we had invented this Liaison dangereuse just to finish this article, “after all what is a lie? Only truth in disguise” (W. Shakespeare). Because at Carnival…