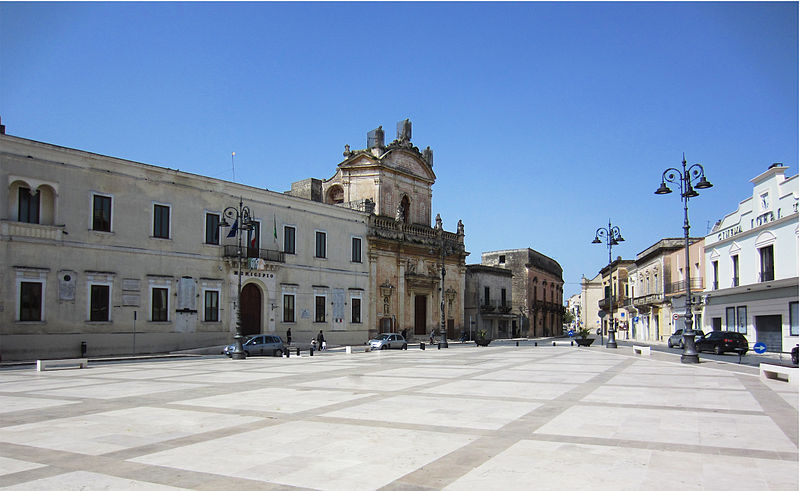 Primitivo di Manduria is a wine that loves the sea and, for this reason, the grapes of this vine are the first to be harvested. They are in the right hurry, never anxious, but they’re the result of the path of the surrounding nature, and ripen in the second half of August giving grapes of intense black color, sweet and tasty. What was once called, just because of this peculiarity, Primaticcio, from the Latin Primativus, changed its name over time, becoming Primitivo. But the change concerns the name only, not the spirit!

History of an ancient wine

Primitivo, which we can consider the most direct heir of the ancient merum, the historical wine par excellence of Apulia, has enjoyed enormous success over the last twenty years, pulling on the altar of the most appreciated reds of the South its relatives – Negroamaro, Salice Salentino and Nero di Troia – and demonstrating that the autochthonous oenological culture was literally reborn in the last thirty years, thanks to the rediscovery of grape varieties usually used in the past to cut high-carat wines, and today instead vinified in purity.

A real revival for the wine of the Terre di Puglia that over the centuries, although in a form certainly more immature than today, cheered the palate of Lorenzo il Magnifico, who served it at the symposiums of honor, and many Venetian doges during the splendor of the Serenissima Republic.

The perfect climate for Primitivo

The Primitivo is a rather demanding grape: given its sensitivity to both long periods of drought and excessive humidity, it needs a dry and warm climate, with intense but short rains, so that the grapes can dry quickly and remain dry and healthy. Vine generous and grateful, it reciprocates this necessary care with remarkable longevity, which can reach even eighty years or more on some plants.

The Primitivo, DOC since 1974, grows on soils rich in clay and limestone, mainly around the municipality of Manduria. Vines are often located near the sand dunes of the Ionian Sea: a territory adequately ventilated, bright and favorable to the performance of all the vegetative-productive functions of the vines.

A classic meditation wine, praised not only by the nobility but also by poets and writers, the Primitivo is warm, soft, structured and with a good persistence; on the finish it clearly gives back the taste of ripe black cherries and plums that goes well with roasts, game, reaching the top on sauces and spicy foods. Aged, on the other hand, it acquires body and often roundness, as well as softness that is never cloying, so it finds its perfect place in combination with desserts or dry pastries.

The Primitivo is a deep, almost impenetrable red, with spicy scents and an intense ruby red colour with purple shades of garnet. A rich nectar with fragrant, fresh, not too tannic tones, which gives back in an olfactory profile and taste almost imaginary all the memory of a very long history.

As evidence of this, the Primitivo di Manduria DOC Wine Route moves from the Ionian coast of Taranto to the hinterland, touching the northern part of the Salento peninsula, along a territory rich in historical testimonies, cultures, and traditions.

Starting from Taranto, the “city of two seas” the journey, to be done with the right slowness to allow you to appreciate every moment and detail will lead you to discover the extraordinary landscape embroidered with dry stone walls, covered with olive trees and vineyards, which everywhere smells of sea and good.

Following the call of this enchanting wine, you will reach Fragagnano, Sava, and finally Manduria, the town of Primitivo, but also one of the most important places of Messapia. In addition to Avetrana, the last town in the province of Taranto that deserves a visit for its architectural monuments and numerous “grave” and caves, the Primitivo Wine Route of Manduria also extends to three towns in the province of Brindisi: Erchie, Torre Santa Susanna and Oria, the ancient capital of the Messapi, with its profile made of towers, domes and houses perched on the hill, and with its historic center that houses jewels such as the Swabian Castle, the Basilica Co-cathedral and the Missionary Palace.

Primitivo di Manduria, the wine that loves the sea as we said, but also the wine born near the sea and carrying the flavours of the waves of the Ionian Sea, which add minerality, nuances, and charme to what would otherwise be a wine too full and structured. Thanks to the caress of the sea, Primitivo, on the other hand, has style, grace, and beauty, smoothing its edges during its journey. If you follow it, it will teach you the delight of harmony with nature, wind, and salt. All in a chalice.