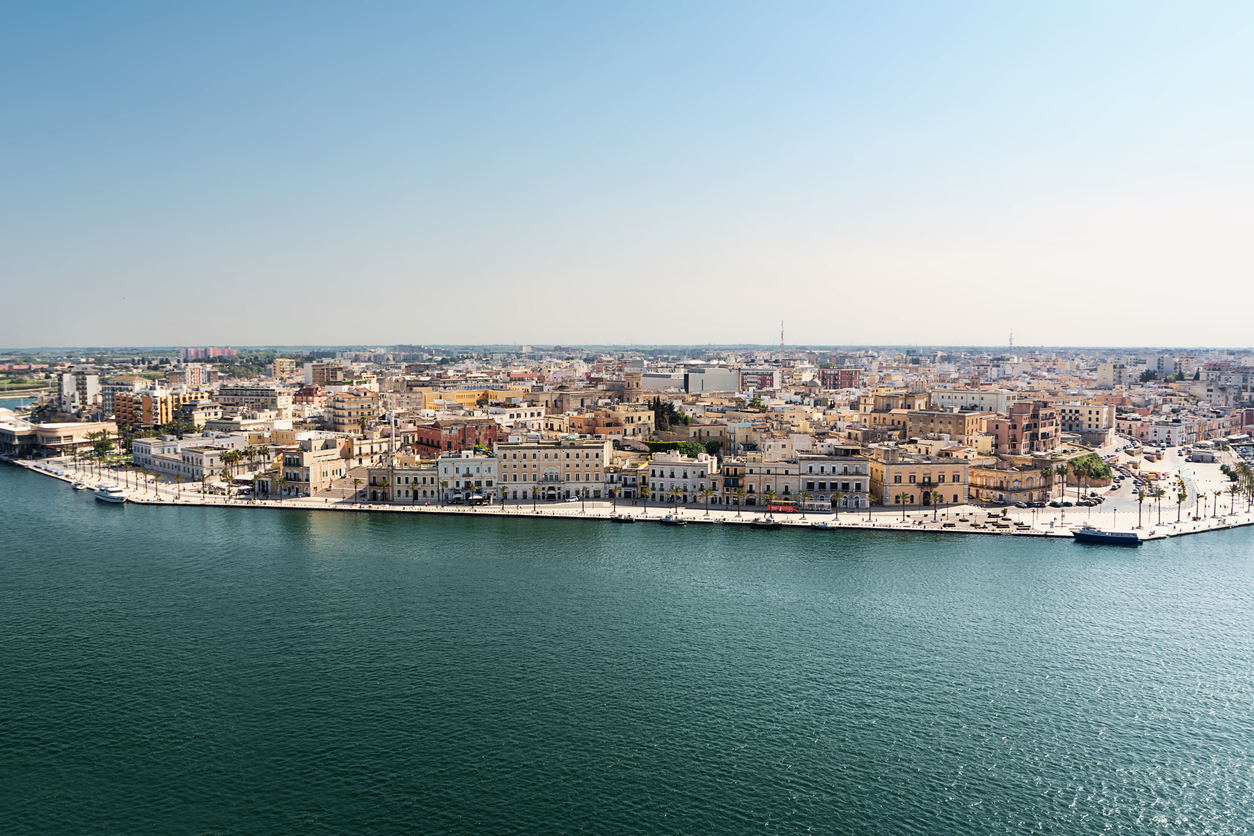 Brindisi that you don’t expect: among wine, literature, and sea

Brindisi is not only a port but also a capital of the world. Due to its strategic position, as well as to its natural vocation of openness towards cultures and peoples, over the millennia it has been a place of crossings, inlays, parallel convergences of which even Aldo Moro, inventor of this oxymoron and an Apulian from Maglie, less than an hour from Brindisi, would have been proud.

How the toast tradition was born

Brindisi is not only a city, but it is also a direct call to conviviality that dates back at least to 37 BC, when Horace, then 28 years old, left us in the First Book of his Sermones a sort of engaging notebook (known as Iter Brundisinum) on what happened along the route of the Via Appia that connected Rome and Brindisi. If in the spring of 37 BC the Roman emperor Octavian sent to Brindisi, at that time the most important port for Greece and the East, a delegation headed by Maecenas, his influential adviser, in order to settle the disagreements with Antony, in the satire of Horace, however, the diplomatic expedition passes completely in the background and the chronicle of the long and tiring journey simply gives him the opportunity to describe in a fresh and easy way places, environments, characters more or less funny and ironize in a biting way on manias and pretentious intentions.

This is where “the toast” arrives. Once we have reached our destination, after almost 600 km, the exhortation with which Horace invited us to raise our glasses, declaiming: “Seize the moment and be wary of tomorrow’s doubt”, has remained famous. By extension, the term toast would later enter the Latin tradition as a wish shared and repeated by young Romans during the farewell dinners that preceded their embarkation to Greece where they would perfect their education. In fact, if in the Greek banquet one ate and drank in two distinct moments, in the Roman banquet the toast was used throughout the stay at the table: it was used to wish and celebrate feats of love or military, or to wish the health of one of the bystanders (he had to empty the cup exclaiming: bene tibi, vivas), or to wish the health of absent people.

If Horace’s Iter brundisinum dates back to more than 2050 years ago, the presence of Brindisi is strong and salient also in the history of modern literature: Alexandre Dumas father elaborates in fact between 1844 and 1846 his Count of Montecristo starting from the cells of the Svevian castle where he was imprisoned, giving life, in the fiction of the book, to the main character of Edmond Dantès. A few decades later, in 1872, Jules Verne, in his famous Around the World in 80 Days, will choose Brindisi as the place of the end of the first week of the Journey, a real watershed narrative where the main character Phileas Fogg and his faithful Passepartout decide to embark on the modern steamer that will take them to Suez.

Coming to the twentieth century, the time in Brindisi is marked by the presence of the Valigia delle Indie (Suitcase of the Indies) also fascinated Carlo Emilio Salgari, and the city appears even in Hemingway’s Farewell to Arms, written in 1929.

A place of landing and a point of departure, both in history and today Brindisi is the most active port in all of southern Italy with connections to the main places in Greece, Albania, Turkey and is the point of arrival to reach Salento by plane. But of interest is not only its ideal location: Brindisi is a surprising city, hiding typical medieval views and architectural finds of ancient Rome.

What to see in Brindisi

Lungomare Regina Margherita is the perfect place to start the walk with a view of the port, where there is the now-famous Casa del Turista that provides information and documentation on the city; from here you can continue to the Scalinata Virgilio (yes even Virgil stayed in Brindisi where he died on September 21, 19 BC) that leads to the symbol of Brindisi, the Roman Columns, considered the terminals of the Appian Way. From this position, you can already admire on the opposite side of the canal the monument to the Sailor of Italy and then proceed towards the Cathedral to visit the ancient Cathedral of San Giovanni Battista, the Balsamo Palace with the famous Loggia, the Seminary Palace, and the Provincial Archaeological Museum “Ribezzo”. From here in short you arrive at the archaeological area of San Pietro degli Schiavoni, fascinating remains of an ancient Roman neighborhood, not far from which stands the Temple of St. John Sepulchre, a beautiful Romanesque church with a peculiar circular shape, closed to worship but open to the public with guided tours. The taste of the first itinerary finds its penultimate landing place at Castello Svevo, the most famous monument of Brindisi which unfortunately can only be admired from the outside, to end at Castello Aragonese situated on an island in front of the port, the Island of Sant’Andrea.

What you can eat in Brindisi

After having enjoyed the city center, you will have two choices: to refresh yourself with good food and good wine and then resume your journey in the city, or to move towards one of the splendid beaches in the surroundings of Brindisi. In the first case, will be a friend of your meal a good glass of Brindisi Doc, a ruby red wine with garnet red reflections based on Negro Amaro – characterized by a strong tannin and by aromas of dark and cooked fruit – that you can match to the classic meatballs (often fried, cooked in tomato sauce for hours and hours) or to meat rolls (prepared with veal, pork or horse meat and usually stuffed with cheese, ham, and a bay leaf); if instead you decide to go to the sea of Alto Salento, you will be spoiled for choice between Savelletri, Torre Canne, Torre Guaceto and Punta Penna Grossa, the latter interesting not only for bathing but also as privileged points for the observation of avifauna.

Notwithstanding the fact that Brindisi was also the capital of Italy, for exactly five months from September 10th, 1943 to February 11th, 1944, we now think that its vocation to be an elective space of culture, art, intelligent and precious entertainment is clear: in some way it is a capital of the world.

And if this is not the case, to be convinced, it is enough to follow Virgil’s words: “Love conquers all: and we yield to love”. The same goes for Beauty.