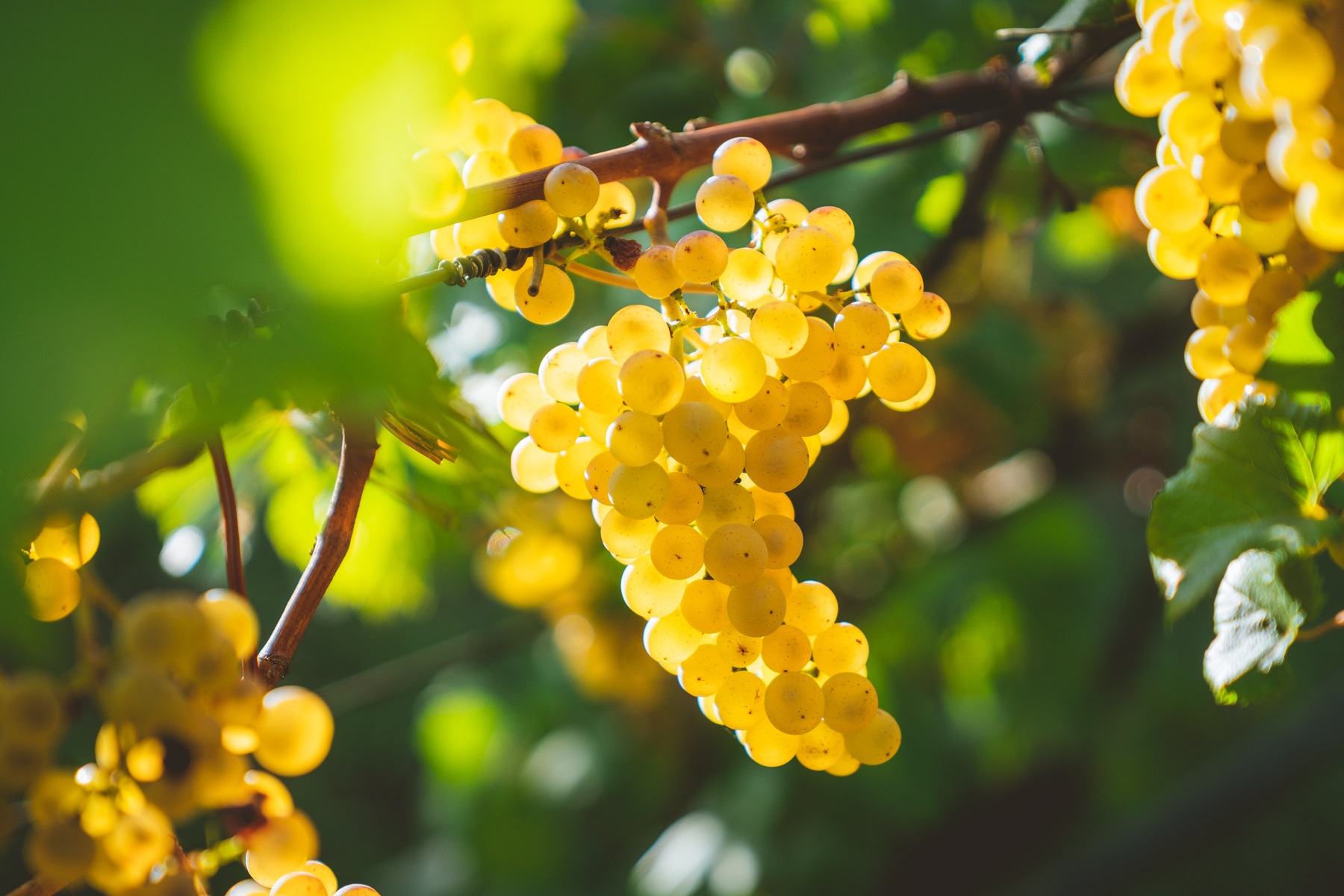 Grape harvest is one of the most ancient and fascinating agricultural rituals for mankind; it is a powerful gesture, an act that becomes a symbol. It is a ceremony that mankind has been performing for thousands of years and, even though techniques and tools have changed over the years, it still maintains mythical traits worthy of a more than millenarian experience, since the Romans already dedicated a festivity to it, the vinalia rustica, celebrated on August 19th.

Grape harvest embraces not only a historical meaning, but also an imaginary one connected with scents and sensations, bringing with it colors, emotions, and bonds of the times when friends, relatives, and neighbors used to gather in the vineyards; our culture is so imbued with this social and ritual role that Leonardo Sciascia said that “without the voices of grape harvest, silence is voracious on things“.

If we want to search for the roots of this powerful and evocative liturgy, Versoaln, the largest vine in Europe and probably the oldest on earth according to recent scientific studies conducted by the International Tree Ring Laboratory of Göttingen in Germany, is a good witness. This vine is located in Alto Adige, in Prissiano fraction of Tesimo, and the name seems to be a mispronunciation of Versailles; according to another hypothesis, its origin would depend instead on the difficult position to reach, which forced farmers to use baskets held by ropes to transport the grapes. At present, this vine is believed to be not only the most ancient one but also the largest of the continent: its branches cover about 350 square meters of pergola and from its grapes is produced a white wine of delicate structure, pleasing to the palate because of its slightly fruity taste, produced every year in 600-700 numbered bottles.

The Wine Route: an itinerary

But Versoaln defines an initiatic place for the history of wine in our country, not only chronologically, but also culturally. As a matter of fact, at only 4 kilometers from Tesimo there is Nalles, the village where the South Tyrolean Wine Road traditionally starts, to the north, and runs in the Oltradige region, touching the city of Bolzano and continuing south to Salorno. The South Tyrolean Wine Route is about 70 kilometers long and crosses 15 municipalities. With its 58 years of history, it is one of the longest-running wine routes of our peninsula and, in addition to its leadership in terms of wine tourism, is characterized by an unbeatable density in terms of wine quantity: with 4250 hectares of cultivation, out of a total of 5114 in South Tyrol, it represents 84% of the vineyards of the area, with a very high percentage of DOC and DOCG wines.

What distinguishes it, however, is not only the quantitative data, because along its course the variety and quality are really unique: Pinot Blanc, Pinot Gris, Chardonnay, Aromatic Traminer (Gewürztraminer), Sauvignon, Müller-Thurgau, Moscato Giallo, Riesling, Silvaner, Kerner, Veltliner, Riesling Italico are cultivated among the white grapes; Schiava, Lagrein, Pinot Noir, Cabernet-Sauvignon, Merlot, Moscato, Malvasia are cultivated among the red grapes.

There is no better place than the South Tyrolean Wine Route to live in close contact with the wine culture, between evocation of past times and modernity; here you can walk along ancient walls covered by vineyards, admire the imposing mansions and follow the gentle rhythm of nature. Romans and Hapsburgs, monks and poets, saints and sinners have loved South Tyrolean wines throughout the course of history. As proof that South Tyrol’s winemaking roots are among the oldest in Europe, it seems that when the Romans arrived in South Tyrol in the second century B.C., they were amazed to learn that the Raetians, who populated this land at the time, were already storing wine in wooden barrels, while the court of Augustus was still making do with clay amphorae and leather wineskins.

While wine growing in South Tyrol was boosted in the modern era during the Austro-Hungarian monarchy, when Riesling and Burgundy varieties were planted, it is since the last two decades of the last century that winegrowing in Oltradige has experienced a boom that is still continuing.

The quality, the selection of the varieties according to the vineyards, the drastic reduction of the yields, and the adoption of advanced technologies and methods, have produced a leap in quality beyond any expectation, so much so that today 98.8% of the whole South Tyrolean vineyard area is protected by DOC regulations, a far higher percentage than any other Italian region.

What makes the difference here, as it always happens in wine, is a perfect mix of nature, technique, and dedication handed down over the centuries. In fact, vineyards in Alto Adige are located at an ideal altitude from 200 to 1000 meters (650 to 600 feet) and vines grow in very different soils, which allowed progressive experiments and refinements over time: from warm, gravelly, or sandy soils, to clayey and very calcareous soils, to the unique and peculiar stony limestone soils, which originate from the Dolomites mountain range, UNESCO World Heritage Site. When it comes to Alto Adige’s grape varieties, connoisseurs the world over have been dreaming about them for the past 30 years – not so much Gewürztraminer, which has since been downgraded from an indigenous variety to a local one, but Blauburgunder (Pinot Noir) and Lagrein, the only true indigenous varieties.

Lagrein is a wine that fascinates and surprises for its fresh sweetness and soft acidity; son of a path that has brought the Italian enology from blends to the vinification in purity, Lagrein is marketed as a red wine in purity only since the early nineties after the Alto Adige winemakers understood the potential of structure, finesse and longevity, embracing the idea and practice of a more sober, focused and technically less invasive production.

Ruby red in color, Lagrein is a full-bodied wine, fruity, warm, harmonic, and with powerful tannins which are however tamed by long aging in barrel which gives it the characteristic aroma of berries, cherry, and violets. A wine which, as soon as it hits the palate, takes you elsewhere, on the trail of enveloping scents and aromas so intense to have almost lysergic effects and worthy of what, even for us human beings, can be considered as a miracle. Because, as Eduardo Hughes Galeano said “We are all mortal until the first kiss and the second glass of wine”.

In the case of Lagrein, one could even say, even after the first one.