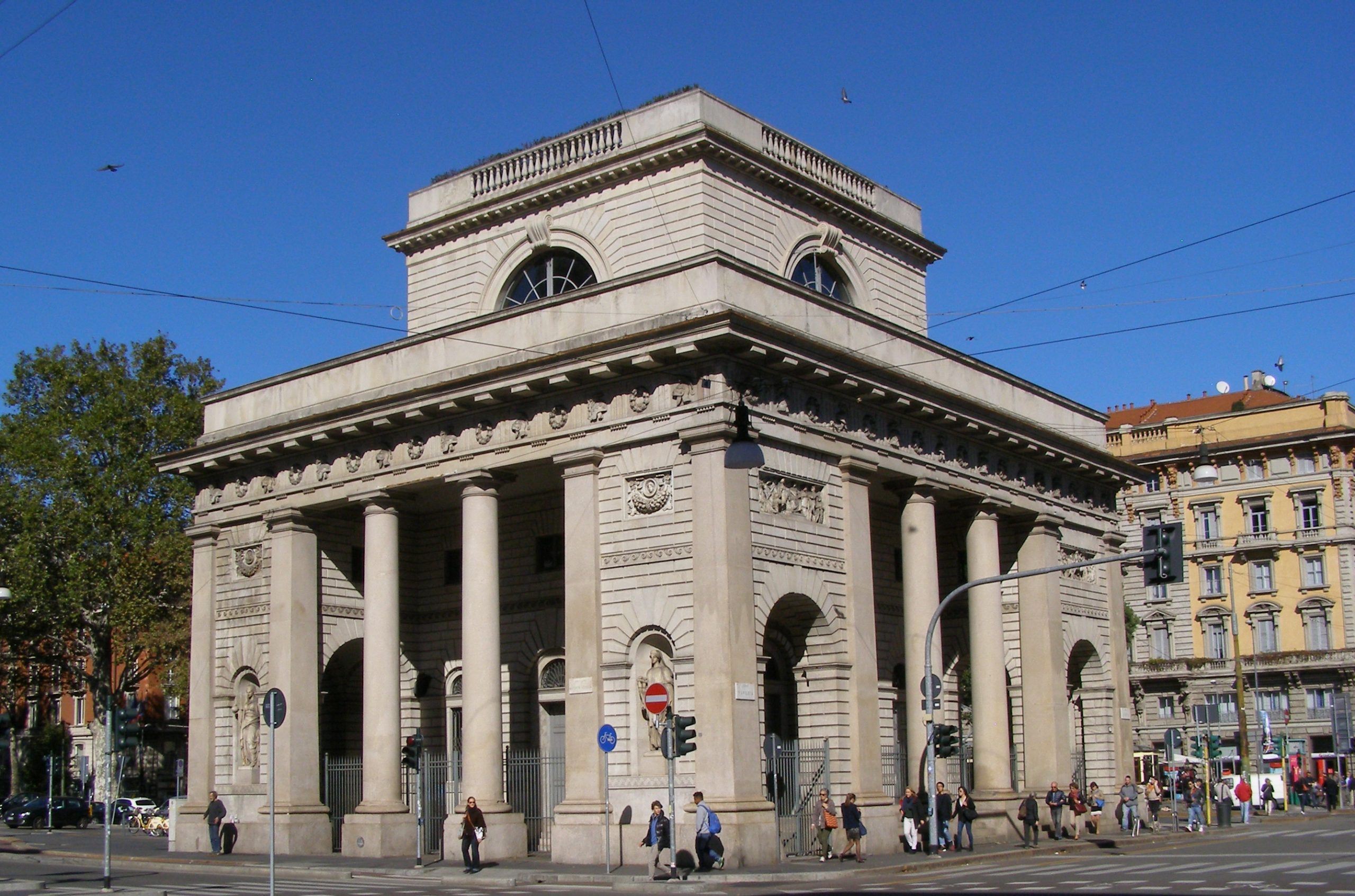 Before Miss Keta in Porta Venezia there was Buzzati. Let’s remember that.

Porta Venezia (formerly Porta Orientale until 1860, Porta Riconoscenza in the Napoleonic era, also Porta Renza in Milanese) is one of the six main gates of Milan, built along the Spanish ramparts, now demolished; located northeast of the city, it is in the center of Piazza Oberdan, at the mouth of Corso Venezia.

The literary tradition of Porta Venezia

If from this gate Renzo Tramaglino made his entrance into the city and his escape towards Bergamo in the Promessi Sposi, Manzoni was not the only literary genius to mention Porta Venezia in his work with a decisive role. After Manzoni, but before Miss Keta, there was in fact Dino Buzzati watching over Porta Venezia from his apartment overlooking the “Indro Montanelli” Gardens.

Buzzati, born in the province of Belluno, made Milan his adoptive city and spent his entire career there as a correspondent, writer, playwright and painter. He also had a second surname, Traverso, which, if explained and not ignored, would have told much about his art in advance.

Author of a large number of surreal and realistic-magic novels and short stories, Buzzati is in fact today considered, together with Italo Calvino and Tommaso Landolfi, one of the greatest fantastic writers of the Italian twentieth century. His wife Almerina, of Venetian origin – the name derives from a character by Carlo Goldoni – who died on November 22, 2015, jealously guarded all of Buzzati’s collections until the end: books, prints, paintings, drawings, photographs and documents, even leaving the furnishings intact as the journalist left them when he died in the apartment on the public gardens of Porta Venezia.

Buzzati and his paintings

The ceiling, the study and the bathroom are full of paintings, not only his own; for Buzzati, in fact, more than a recreation, painting was a second profession. For this reason, Buzzati’s paintings are strongly linked to the atmospheres and situations of his novels and stories, so much so that they can be defined as part of a continuum that overlaps the themes of eroticism, crime, death and guilt all within a graphic novel that one could imagine drawn with four hands with Andy Warlhol, that Buzzati met in 1965 during his second trip to New York. Grotesque fairy tales, melancholy dreams, inexplicable desires and fears through which, with a fairy-tale narrative tone, Buzzati tackles themes and feelings such as anguish, fear of death, magic and mystery, the quest for the absolute and the transcendental, the desperate hope for an opportunity for redemption from a mediocre existence, the ineluctability of destiny often accompanied by the illusion of being able to heal perhaps through a salvific hallucination.

The dreamlike atmosphere of Porta Venezia in Buzzati’s pages

Often called “the Italian Kafka”, Buzzati shares with the Praguese genius – in addition to the paradoxical fate of having often seen his works incensed only after his death – a prose that in the end is linear, flat and typically journalistic. But the apparent sharpness of his writing hides a dense network of allegories and metaphors aimed at sublimating phantoms and ghosts, laid out on paper in fantastic form to make them smaller; through this lens, both bourgeois and beat, pragmatic and obsessed, he described the Porta Venezia area, placing it in a dreamlike atmosphere: as if suspended in time, ready to welcome a new hope or, more likely, a new inevitable misfortune.

Behind the playfulness of tones and within the liveliness of colors that embellish Dino Buzzati’s writing there is always an operation, we could say vaguely reminiscent of Gadda, that generates a “carnivalic cognition of pain”: a colorful parade whose magic, however, always preserves a bit of decadence in the heart; a nostalgia without cynicism that interweaves with reality a secret dialogue, beyond imagination and gaze.

For this reason, perhaps even Buzzati hid behind a mask, sometimes even colorful and provocative: but certainly less shiny than that of Miss Keta.