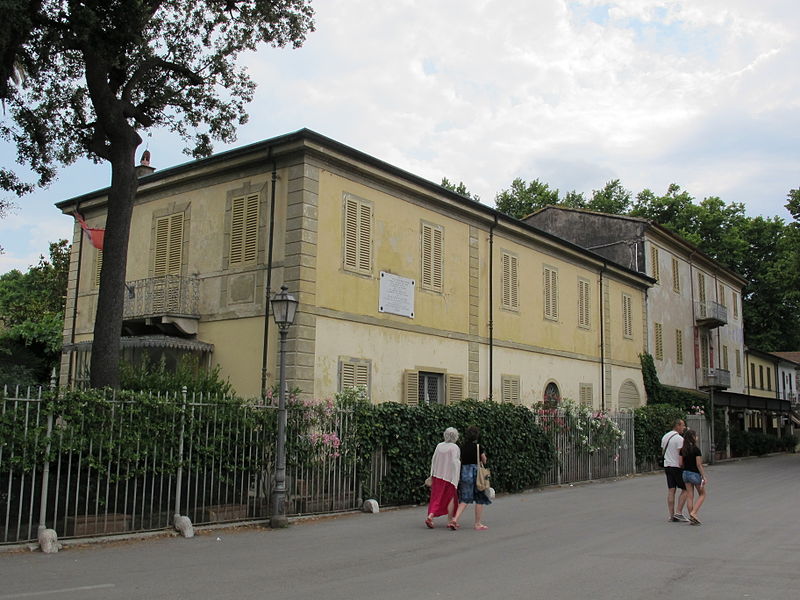 Puccini on the lake shore: the museum where you can’t take pictures, but only listen…

The relationship between Giacomo Puccini and Torre del Lago is a coup de foudre: the Master fell in love with this place at first sight, he was bewitched, inspired and protected; a love story lasting thirty years.

The place of Puccini’s creative inspiration

Torre del Lago has always been, for Puccini, a place where he could find the peace and tranquility essential to his creative flair; in fact, he composed in his house in front of Lake Massaciuccoli, originally a watchtower he had renovated, all his major works, including La Tosca (1900), Madama Butterfly (1904), La Fanciulla del West (1910), La Rondine (1917) and Il Trittico (1918). It is perhaps no coincidence, therefore, that his last opera, his only unfinished one, Turandot, was suspended in its finale in Viareggio, where Puccini moved in the last three years of his life when he was already suffering from the disease, which took him to the clinic in Brussels in November 1924.

From poverty to comfort: the passions of his life

A lover of music, hunting, cars and women, and a man of imposing build and good looks, Giacomo Puccini was an elegant dandy and a gourmet with typical Tuscan humour: an affable, generous and democratic gentleman, Igor Stravinsky called him. So, when he became successful, he liked to match these propensities: for example, since he loved off-road driving during his hunting trips, he asked Vincenzo Lancia to create for him a car with a reinforced chassis and suitable wheels; a sort of first SUV that cost him 35.000 Lire, the equivalent of about 150 thousand euros now.

Puccini, born into a family certainly not wealthy, through the success of his music managed to take many whims, even bombastic and extravagant: in addition to 14 cars, he bought six houses, five motorboats and an expensive yacht that he named Cio-Cio-San, like the geisha protagonist of Madama Butterfly. But in 1876, when he started writing, aged only eighteen, unable to afford either a train ticket or a carriage, he walked from Lucca to Pisa with his friends to see the Aida, being bewitched by it. As he wrote to Arturo Toscanini after a Manon Lescaut at La Scala in 1923: “You have given me the greatest satisfaction of my life! I felt all your great soul and love for your old friend and comrade of your prime. I am happy because you have, above all, understood all my young and passionate spirit of thirty years ago. Thank you from the bottom of my heart”.

Puccini is buried in Torre del Lago, in a chapel built in his old house which has now become a museum, together with his wife and son. And it could only be so.

Villa Puccini is for this reason a fascinating, special place that exudes the identity of the Master: a space of the soul, of history and art, where you can’t take pictures but only watch and listen, as it used to be in the past. Visiting these rooms, therefore, remains a physical and musical experience; a precious gamble between the role of photography and that of the voice, between exhibition and narration, between those which, ultimately, are nothing more than two of the forms of survival of beauty in the world. It is perhaps a counterpoint, one might say: the last dedication to the last maestro after whose death the opera would have died, too.

The story of Turandot is in this masterly sense: Puccini, despite a thousand difficulties related to the throat cancer that was devouring him, was now missing only the ending, the scene of the transformation of the princess and her openness to love.

But at that point, it was 1924, his health worsened and he did not have time to write a convincing closing. After surgery, he had a heart attack and died, leaving only a few sheets, twenty-three to be exact, with notes on the ideas he had to develop the conclusion.

Turandot went on stage for the first time, at La Scala in Milan, on April 25, 1926, one year and five months after Puccini’s death. That evening Toscanini preferred not to perform the finale, stopping just after Liù’s funeral; he put down his baton, addressed the audience, and said: “Here ends the opera, because at this point the maestro is dead”.

Turandot, the opera without end, marks the end of Puccini’s genius but also, symbolically, the death of romantic melodrama and of Italian opera itself as a particular interweaving of exoticism and drama, rendered in such a particular way by music and characters.

In the following years there will still be operas, and opera composers, but… it will be a different story. The great voice of Italian opera, the golden age of sung epic melodrama, ends with Turandot. Born as a fairy tale, it dies in tragedy. Upbeat. Without a real full stop. As the last outstanding, solemn and merciless masterpiece.