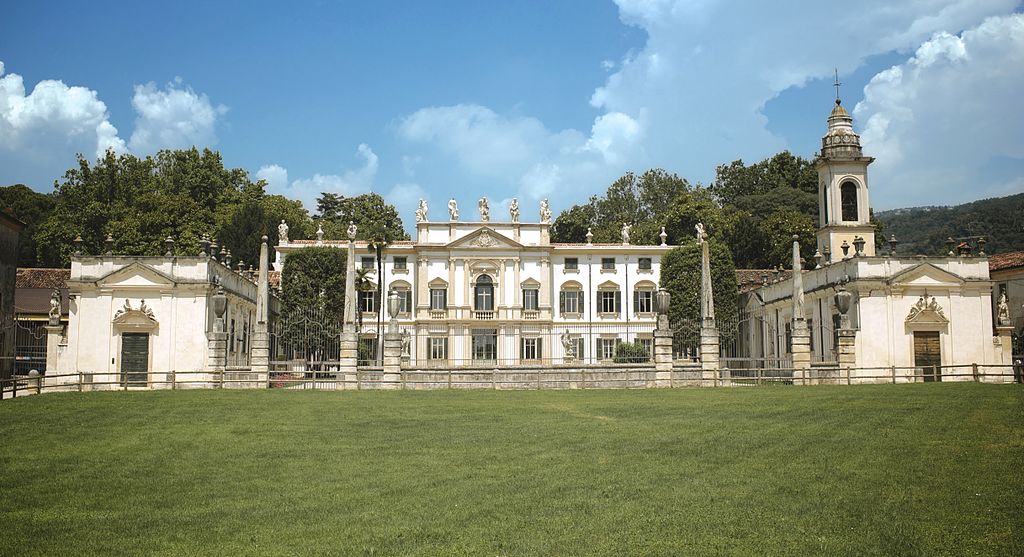 Villa Mosconi Bertani: where Amarone was born by mistake

Villa Mosconi Bertani is known to have been an important centre of Romanticism, thanks to the poet and man of letters Ippolito Pindemonte and as the birthplace of Amarone wine, which originated in the cellar of this villa in 1936.

Amarone in the history of cinema

A good wine must have nothing wrong. Or perhaps it is precisely mistakes that make it unique. It is therefore no coincidence that Amarone wine has woven over time a fascinating dialogue with literature and cinema. Everyone remembers the famous scene in the film “The Silence of the Lambs” in which Anthony Hopkins/Hannibal Lecter tells of having eaten the liver of a poor wretch with a plate of broad beans and a good Chianti. Actually in Thomas Harris’ novel, Dr. Lecter talks about Amarone: “Once a census taker tried to quantify me. I ate his liver with a side dish of broad beans and an important bottle of Amarone,” says Hannibal The Cannibal. That’s a first mistake, but let’s continue…

One of the first admirers of Amarone was Ernest Hemingway who wanted to quote it in one of his most famous novels: “Farewell to Arms”, while in “Across the river and into the trees” he mentions Valpolicella. On March 24, 1954 the Gazzettino Sera reports: “(Hemingway) said that he will stop in Venice and that he thinks he will recover from the wounds he suffered in the well-known African accidents by taking energetic cure of scampi and Valpolicella”. Here’s a second mistake, a full-bodied red wine that tastes of cherry associated with scampi, typical American… But it doesn’t end there: the love story between Amarone and the great American writers continues to this day. In his novel “Freedom”, Jonathan Franzen chooses Amarone for the “mistakes” dinner, the dinner of grudges and tensions that brings together the families of the protagonists Walter and Patty in a chic restaurant in Soho.

Was it a mistake?

But why all this attitude between Amarone and mistakes? Well, maybe because the very birth of this wine is linked to coincidences, concatenations of events, mistakes. Yes, mistakes.

History has it that a cellarman at the Cantina Sociale of Negrar, a Adelino Lucchese, forgot a barrel of Recioto in fermentation and, remembering to check, tasted the wine. The second fermentation had consumed all the remaining sugars and turned it into a bitter and dry wine, so much so that it seems that the name comes from the famous phrase of Adelino, who exclaimed when he tasted it: “this is not “amaro” (bitter), it is “amaron”!”.

Whatever the truth may be, it was the intelligence of the Veronese winemakers that transformed a real production error into a wine that is highly appreciated all over the world. In that providential error, in those forgotten barrels of dry and bitter wine, there was the beginning of a success story. Of a nectar, as Pindemonte declaimed in the ode “Arminio”, such as to “revive the extinct”. It all makes sense!