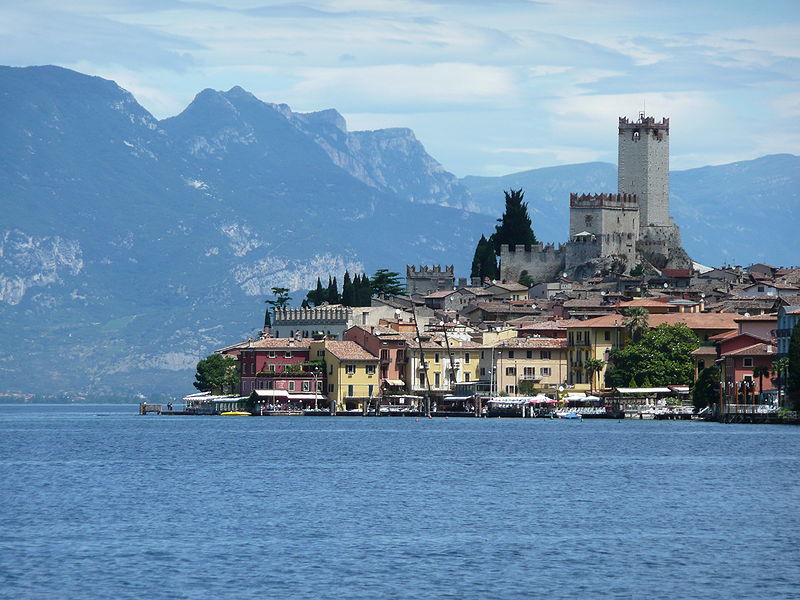 The first time Goethe resorted to the Devil’s help

The Scaligero Castle of Malcesine is a medieval castle (although the original fortress seems to be of older origin), recognized since 1902 as a national monument. It passed over the centuries in the hands of the Lombards, Franks, Scaligeri, Venetians, Visconti, French and Austrians, it was made famous first and foremost by the precise and detailed drawings and by the heartfelt and participatory descriptions, provided in his “Italian Journey” (Italienische Reise, 1813 – 1817) by Goethe, to whom a museum and a bust on site are dedicated.

In the “Italian Journey”, actually, we do not find an aseptic travel report, but rather we can read the emotions that the “land of lemons” transmitted to the great man of letters from Frankfurt am Main. Italy was for Goethe a land of inspiration and artistic warmth, so much so that it profoundly changed his poetics with results perhaps unforeseen even by him; the aim of his journey was to find the homeland of the ancient Romans, the classical one, which he actually saw while admiring the Arena di Verona and then, extending his stay in our country well beyond the original project, he experienced fully living for a long time in Rome, before touching Naples and Sicily.

Like his Mephistopheles, Goethe is also speechless in the face of classical serenity, which in the quiet habit of nudity is impermeable to shame and all prudish complacency.

Goethe longed viscerally for those inspirations and peace, and was willing to do anything to find them, so much so that his journey was so magical and adventurous from the beginning: he left secretly, without warning or leaving any trace of himself, on September 3, 1786, around 3 a.m., from Karlsbad with a fake passport bearing the name of Philipp Möller, and this moving incognito created more than a few problems for him.

The accusation in Malcesine

In particular, on September 13, 1786, a sudden and very strong wind that rose over Lake Garda forced Goethe to stop for a short but intense stay in Malcesine; struck by the beauty of the Scaliger Castle, the poet looked for a quiet place and began to draw the castle, but some inhabitants mistook him for an Austrian spy, on a mission for Emperor Joseph II to plan an eventual assault.

Taken without too many compliments to the authorities, he had to defend himself before the slow and absent podestà, his smarter actuary and the much more determined locals. In this certainly not comfortable situation, if like Philipp Möller he would have had little chance, as Johann Wolfgang von Goethe gave ample proof of his genius. Goethe’s defensive memory at the Castle of Malcesine, in order to escape arrest, seems in fact to contain some statements that he would later take up again in “Faust“, his greatest work, in particular in the passage: “Do I still feel my heart prone to those errors? You are pressing me! So be it, I will let you rise up beside me from the veil of fog and vapours”.

Did he meet his Faust there?

Was it be Malcesine – also a land of thermal baths, fog and vapours – the place where Goethe first met his Faust? Did Faust come to support him on that occasion “as barely a name with which the too different actions of a Man who each time seems to awaken with a different identity are linked, picture after picture”? Could it be the Castle of Malcesine, then, the stage where, for the first but not the last time, Goethe sold his soul to the Devil to save his life?

The walls of the Castle still keep this secret today and, if you question them through the papers drawn up by Goethe, they will probably give you an answer that you will never forget.