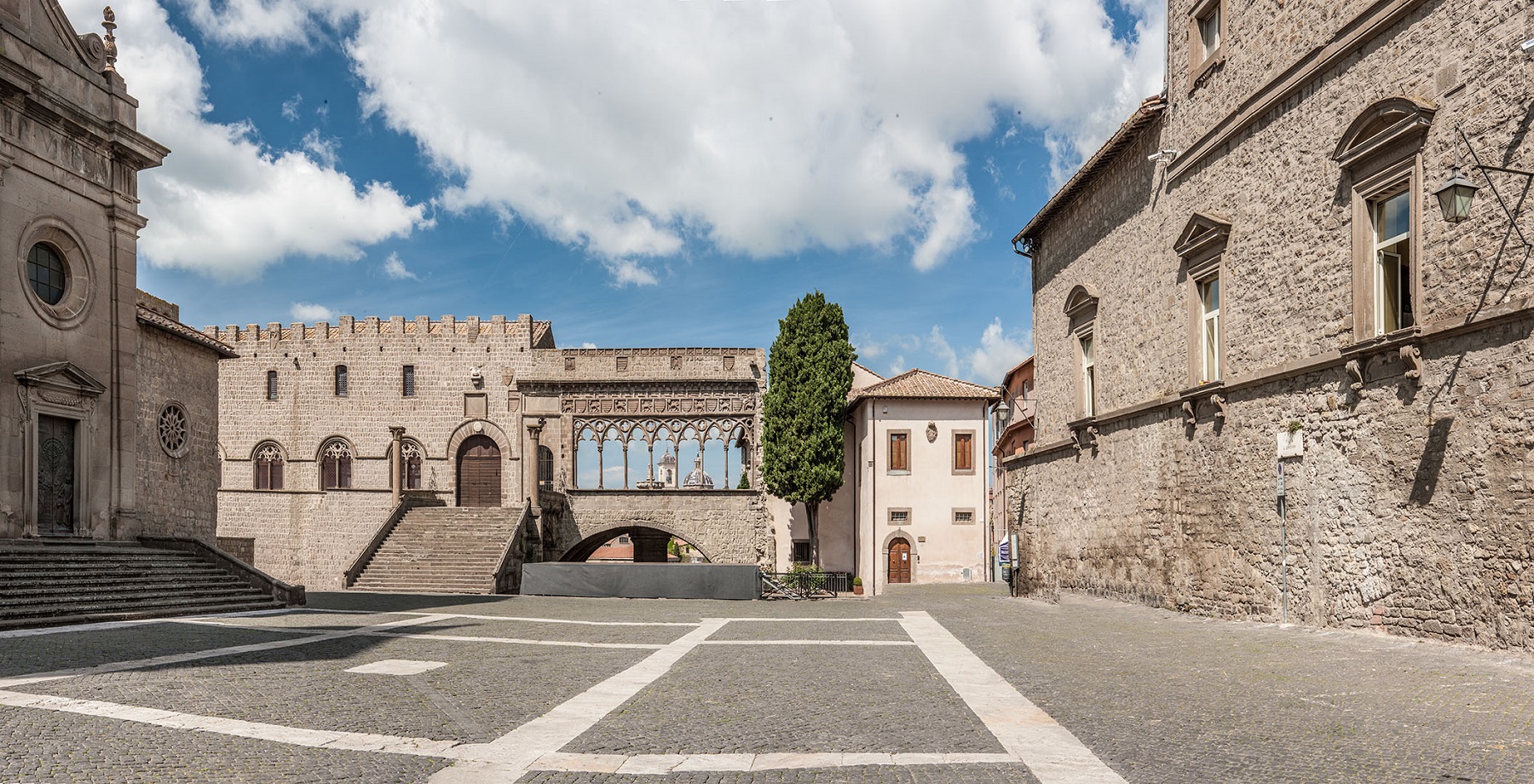 The Tuscia Viterbese through the eye of Pasolini’s camera: between cinema, landscapes, and history

From the fixed frame of a camera, in the distance, we see the outline of an undefined city, anonymous and apparently equal to all the others. We remain indifferent until, suddenly, the image comes alive revealing its true essence and leaving us amazed. We are in the valley of the Tevere, immersed in the region of the Tuscia, the ancient Etruria.

Now the city before our eyes is anything but anonymous; it rises at the top of an imposing tufa cliff, austere, it dominates the surrounding territory like the most majestic of queens. We are at the foot of the city of Orte, guided to its discovery by the wise camera of Pier Paolo Pasolini; Orte for him is the city with the perfect form: he admires its harmony, its elliptical plant, its calculated architecture, and its linear profile and for these reasons he chose it as the protagonist of his well-known documentary “Pasolini e la forma della città”, broadcast by Rai in 1974.

An ancient and vast place, the Tuscia Viterbese is the cradle of civilization and traditions where history and nature have mutually shaped each other becoming a unicum; an unknown territory and for this reason often little valued of which Pasolini reveals the deepest secrets, inviting us to discover its unexpected beauty.

The perfectly shaped city of Pasolini is an intricate labyrinth of alleyways in which a millenary history echoes. Its buildings, typically built in stone, hide in their architecture the signs of a distant past, written and lived by the many civilizations that settled there, leaving behind lasting evidence, like ink under the skin.

So the director takes us by the hand and takes us on a journey to discover a past built stone by stone by Etruscans, Romans, and even Goths, Byzantines and Lombards, merged almost paradoxically in a coherent and linear way.

From the Roman aqueduct, passing through the baroque Cathedral of the Santissima Annunziata, through the medieval squares, up to the mysterious undergrounds that wind under it Orte maintains, even in its complexity, its own stylistic unity so as not to disturb the eye of those who scrutinize it. A city with a multifaceted soul, alive in the present, dynamic and constantly evolving that, never forgetting its centuries-old history, keeps alive its solid traditions. If it should happen to you, lost in the alleys of the city or among historical stores and taverns, to hear music do not hesitate to follow it; it is possible that it will lead you in the pulsating center of the city, in Piazza della Libertà, crowded with people, to assist to one of the most important medieval historical commemorations of the city: The Octave of Sant’Egidio, celebrated every year from August 30th until September 6th.

Films shot in Viterbo and Tuscia

Pasolini was not the only filmmaker to fall in love with the enigmatic Tuscia, embraced to the west by the shimmering blade of the Tyrrhenian Sea and to the east by the winding path of the Tiber River: interspersed with lake basins, wide wooded areas, large lakes and massive tufa plains from which emerge, like mushrooms from the ground, its rocky villages.

From the 1950s cinema of Fellini to the most modern productions, the region of Tuscia has often been the protagonist of feature films and television productions. In particular, Viterbo, a city of ancient splendor and eternal riches – with its aristocratic palaces, medieval streets of the center and the Italian gardens of Villa Lante – has recently captured the gaze of a filmmaker in particular: the Oscar-winning Paolo Sorrentino, preferring it to Rome, chose it as the stage for the filming of “The Young Pope“.

Pasolini himself succumbed several times to the lure of the charm of Tuscia; he returned there for the shooting of the film “The Gospel according to St. Matthew” (one of the best films on Christ in the opinion of Martin Scorsese), where he chose as a set another village of Tuscia viterbese: the village of Chia, with which he established a deep bond sealed by the following lines taken from “La nuova gioventù. Poesie Friulane“:

A village that today, as at the time of Pasolini, appears abandoned, left to itself, but that in reality encloses between cobblestone streets and Roman ruins, a hidden beauty that only needs to be brought to light: like a bud not yet blossomed which must be taken care of. To protect the village there is a tower, the Tower of Chia that, sovereign at 42 meters high, overlooks the entire city. Pasolini was so struck by it that he quoted it in some verses of the Poeta delle Ceneri (Poet of Ashes), perhaps still unaware that, after many years, his dream of living there would become reality.

“Well, I will confide to you, before I leave you, / that I would like to be a writer of music, / to live with instruments/ inside the tower of Viterbo that I can’t buy/ in the most beautiful landscape in the world, where Ariosto / would have gone mad with joy to see himself recreated with such/ innocence of oaks, hills, waters and gorges, / and there compose music/ the only expressive action/ perhaps, high, and indefinable as the actions of reality.”

Pasolini, through his words and images, is the spokesman of this territory in its contradictory nature; in this sense, the Tuscia of the richness and splendor of Viterbo or Orte and the abandonment of the village of Chia, are two sides of the same coin that call us and speak loudly with a unique, though multifaceted, voice. By making us participants in their history, Pasolini asks us in his umpteenth corsair act to listen to them and to take care of them by loving their excesses and instincts, because only this way would we be able to grasp their true essence.