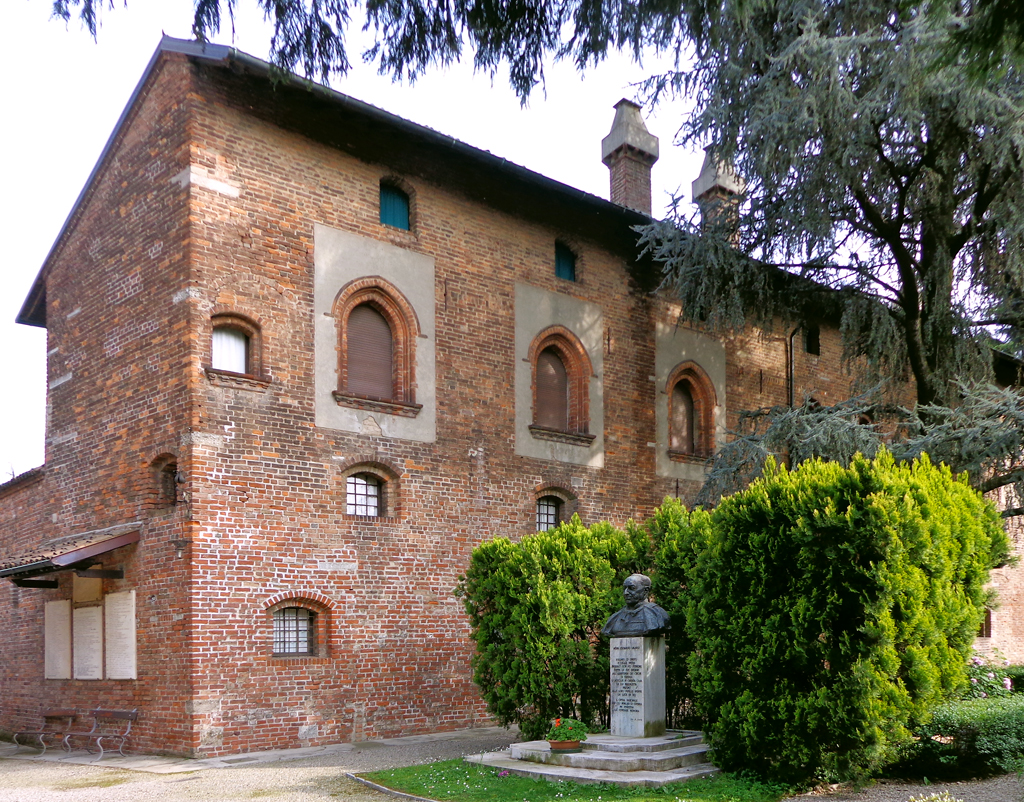 The magic of the Maggiolina: among mushroom houses, igloos, and stilts

If the old, historic Luna Park of Porta Nuova has been replaced a few years ago by imposing skyscrapers, just moving a few steps along Viale Melchiorre Gioia to the Stelvio stop of the yellow metro, you can discover how Milan still knows how to preserve a small open-air amusement park and, just think, without a ticket: the Maggiolina.

The Maggiolina is one of the most sought-after districts of the city, even though it is surrounded by areas, historically, certainly not exclusive: it is in fact set between Viale Lunigiana, Viale Fulvio Testi and Viale Sarca, all major arteries leading out of Milan and characterized by a predominantly social housing.

The wide green spaces of the Maggiolina make this district one of the first examples of garden-city in Italy, the result of a nouvelle vague in urban planning that, starting from the second half of the nineteenth century, led some European cities, including Milan, to implement a redesign in an attempt to bring a little rurality in the city, lowering the population density and extending the green spaces.

The Maggiolina district gets its name from Cascina Maggiolina, an ancient farmhouse that stood along the Seveso river and was demolished in 1920. It could originate from the Maggiolini family, the ancient owners of the farmhouse – silk-makers who came to Lombardy from Florence in that period – or from the “magiòster”, that is strawberries in the local dialect, assuming that the farmers cultivated that specific fruit.

Villa Mirabello (which can be visited on request) is the undisputed protagonist of the district: once located in the countryside just outside Milan, it is the classic example of a 15th century farmhouse where the Milanese nobles used to retire to escape the torrid days of the city center. Bricks on view, frescoes, a splendid courtyard, and a small chapel are the elements that characterize it; in the course of history it has hosted illustrious figures including Ludovico il Moro and today it is home to a non-profit organization dedicated to the blind.

Features and design of the Maggiolina district

Excluding Villa Mirabello, the district still has all the peculiar characteristics that have marked it since its birth: it is in fact very discreet and at the same time hosts some of the most eclectic and nonconformist creations of the Milanese architects of the first half of the twentieth century. Among these deserve a special mention the igloo houses, also called pumpkin houses or, more vulgarly, “Smurf Houses” and the Villa Figini, called “Palafitta”, designed by Luigi Figini as his home, in via Perrone di San Martino.

At a time when classical architecture dominated Figini adopted the demands of rationalism for his house, that is, the house had to satisfy all the needs of those who lived there. Ample indoor spaces, large windows for the light, and pylons that raised it from the ground, these elements are well expressed in Villa Figini which in fact represents the manifesto of Italian rationalist architecture and has been a Monumental Historical Heritage for decades. The result is extraordinary and is still visible from the outside.

Via Lepanto, on the other hand, is often known as the “street of the gnomes”, or “smurfs”. These extravagant mini-homes date back to 1946, made by the engineer Mario Cavallè who imported this model of housing and its construction technique directly from the United States.

From a technical point of view, these dwellings were built with a vaulted system made of perforated bricks arranged in convergent lozenges: they are on two levels, the external one, above the street level, and the basement one, accessible only from the outside (or from a narrow trapdoor inside).

Initially, there were twelve, only eight survived, two of which are still in full respect of their original vocation. The “mushroom houses” inspired by the Amanita Muscaria, a famous species of mushroom from which they seemed to take their characteristic shape, were instead demolished in 1965 by the nephew of the engineer Cavallè who had designed them.

Despite these changes, even today La Maggiolina still preserves its specific, particular and surprising vocation intact. Take a look: it does not even seem to be in the second-largest city in Italy, but in a strange, peculiar village, almost out of a fairy tale. So don’t be surprised if you happen to meet an elf, a gnome or an Eskimo… the important thing is to avoid Gargamel!