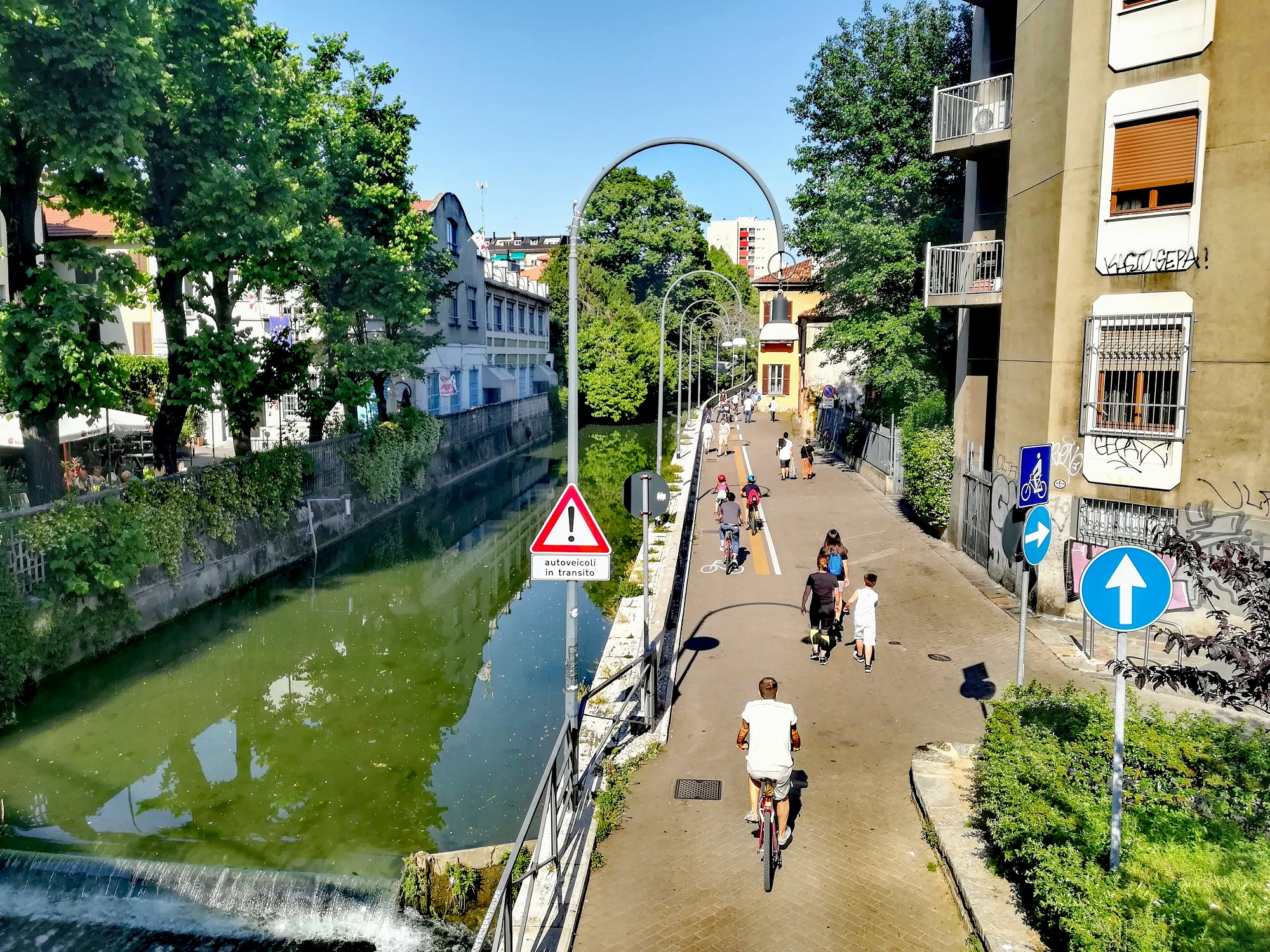 The engineer in love with Martesana

The story of how man has tried to dominate the waters throughout the ages belongs not only to determination and design rigour, but reveals areas of engineering poetry and beauty that have touched art, genius and absolute romanticism.

Who designed the hydrography in Milan

With all due respect to the Bible, Moses was not the only one in human history to move the waters in an admirable way. In particular, in Milan, Leonardo da Vinci, among others, changed the morphology of the waterways in a flawless way. Then there’s the one who, for the love of a canal, went practically bankrupt: Eugenio Villoresi, whose statue is located in Milan, not by chance, in Piazza Leonardo da Vinci. If the great Florentine genius is responsible for the network of Milanese canals, the summa of hydraulic science understood as a philosophical and humanistic vision too, Villoresi also deserves a place of honour in the sometimes magical story of how Milan has dialogued with its waters. Let’s see why and how…

Between the fifteenth and sixteenth centuries, Milan was the centre of radiation of the hydraulic theory in the whole of Europe, fundamental above all for the evolution of technology in the construction of canals. The Florentine genius, who lived in Milan for over twenty year serving Ludovico il Moro, was fascinated by water as a supreme dynamic element that rose in the form of steam, fell like rain and tirelessly sought its true level by bumping into obstacles. Leonardo transformed the Naviglio Sforzesco into engineering poetry, making it the backbone of a network of subsidiary canals on different levels, with waterfalls and locks; through this project, the waters of the Navigli made vast areas productive, connecting with the reclamation work begun by the monks of the abbeys south of the city (for example the Cistercians of Chiaravalle) as early as in the 10th century.

“The Italians set an example to the whole of Europe”, stated the Frenchman De Lalande in his book Des Canaux de navigation in 1778, consolidating the certainty of being able to build canals in any European territory, overcoming rivers with systems of bold hydraulic architecture based on a system of bridges and canals. Nor was Sir Alec Westley Skempton, one of the founding fathers of the engineering discipline linked to soil mechanics, who in the last century recognised Milanese supremacy in the construction of canals in his essay Canals and navigation on rivers before 1750.

No, we are not talking about the canals that you all know, those south of Milan: to be mentioned and admired by Sir Alec Westley Skempton was the Naviglio della Martesana, which had connected Milan with the Adda through Trezzo to continue navigation to Lake Como. It was the successor of Filippo Maria Visconti, the Duke Francesco Sforza, who had the Naviglio della Martesana built and made navigable in 1471; it was Duke Lodovico il Moro, also applying Leonardo’s studies, who brought it into the city by connecting it to the Cerchia dei Navigli in 1496. But it was thanks to Eugenio Villoresi, who in 1862 began designing the canal that still bears his name today, that this waterway was called upon to resolve the age-old question of the irrigation of the so-called “Dry Plain”, through an offshoot that allowed the Martesana to go well beyond the municipal boundaries to complete Leonardo’s original vision. Villoresi, in order to implement his extraordinary project, gave all his personal resources, leaving very little to his children.

The cycle path to the Naviglio della Martesana

Without wanting to evoke bell tower challenges between North and South Milan, the fact remains that, probably more than the Naviglio Grande and the Naviglio Pavese already well known, the Naviglio della Martesana is today a place to be discovered. Unfortunately, you won’t be able to navigate it as in the past, such as Manzoni, Beccaria, or Parini, but you can still enjoy it on foot or by bicycle taking it from the city in the last stretch of via Melchiorre Gioia, at the height of Greco: since 2009 the route goes from Milan to Groppello and, passing Gorgonzola and Vaprio d’Adda, you can continue to Trezzo d’Adda and then to Lecco.

If you decide to enjoy the Martesana Park, then, remember to say thank you to Da Vinci, but, we recommend, do not forget to remember in your thoughts also Villoresi: where can you find another engineer so romantic to sell everything he had to design a canal that would finally complete Leonardo’s dream?