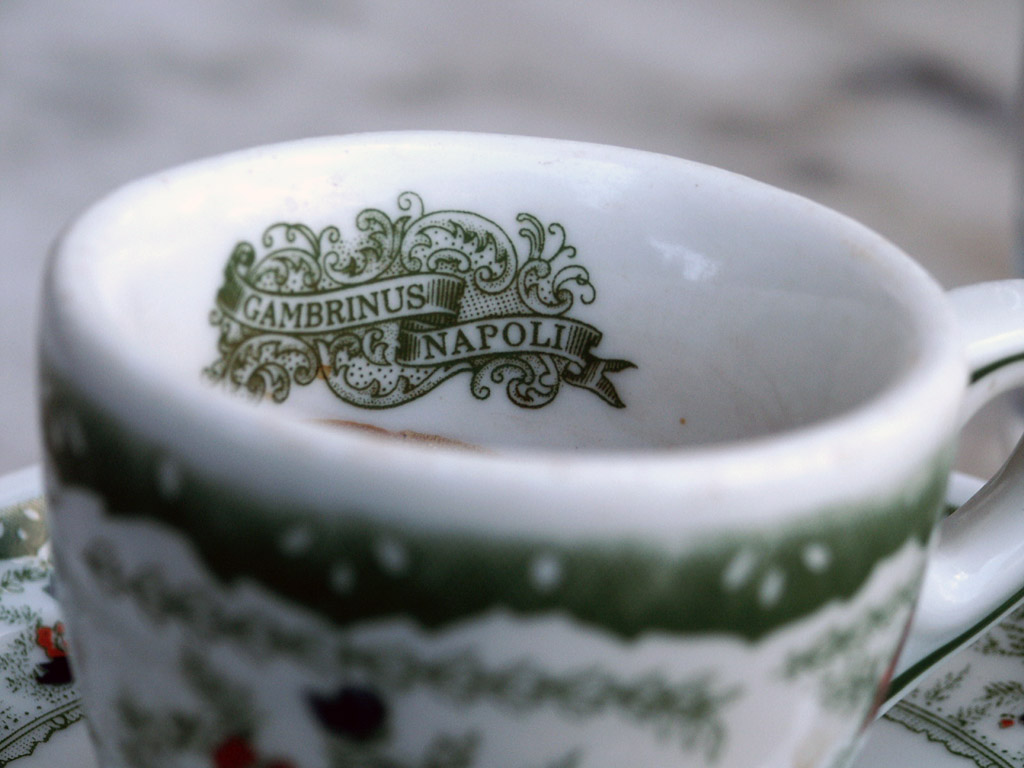 Naples: visit the city following the scent of the suspended coffee

“This devil’s drink is so good… that we should try to deceive him and baptize him.” It was the beginning of 1600 and these words of Pope Clement VIII that defined coffee as a barbaric and demonic liquid, but also magical and promising for miracles, marked for the scholars the beginning of the spread of the drink all over Italy.

Everybody knows that coffee is one of the most famous elements of the Neapolitan tradition; if in fact Venice, and not Naples, was in history the city in Italy where its cult first spread, it is unquestionable that, once arrived under the Vesuvius, coffee has entered under the skin in the culture and language of a people like nowhere else in the Peninsula and the world. A presence officially attested only from the beginning of the 19th century, when itinerant coffee sellers began to walk around the city carrying on a tray two tremmoni (containers) full of coffee and milk, and in the crook of their arm a basket with glasses, sugar, bottles of rum and aniseed (‘o senso) and some cups hanging on hooks.

What is suspended coffee

The custom of the suspended coffee is linked to these very figures, and it has been affirmed especially after the Second World War: in difficult times like those, many people used to settle the bill for two cups of coffee, one for them and one for those who could not pay for it. Therefore, it was born as a philanthropic and supportive habit, still alive today, which is grafted within a repertoire of cohesive gestures in use in Neapolitan society, including the so-called “grape of fire”, an ember brought on the palette that, in Neapolitan courtyards, was offered by those who had already lit the fireplace in more early hours, for the benefit of other fellow tenants who could thus spare their matches, a very precious commodity at that time.

A special itinerary to visit Naples

Given its strong connection with the soul and the history of the city, following the vicissitudes and the scent of suspended coffee can become a very special way to visit Naples, penetrating its beating heart. Starting first of all from Piazza del Plebiscito, where in 2010 the prestigious Gran Caffè Gambrinus, which has always been a meeting point for men of letters and intellectuals, decided to renew this tradition to celebrate 150 years of activity; or tasting it to perfection – served in a flared, low, thick and very hot cup, preceded by a glass of sparkling water – at the nearby “Caffè del Professore”, at the Bar Mexico in Piazza Garibaldi or Piazza Dante, not to mention the Gran Cafè Ciorfito, in the immediate vicinity of San Gregorio Armeno, or the Gran Caffè la Caffettiera, a historic café also located in the center of the good living room of Naples.

Suspended coffee spreads all over the world

In short, the suspended coffee is an act of kindness that is perpetuated over time and seems to be unstoppable, so much so that on December 10 of each year, an ad hoc day is dedicated to it; it is therefore no coincidence that many bars in the rest of Italy have adopted the custom and its echo has also reached Spain, Sweden, and France, where it has been located as a café en attente. But the most interesting thing is that the ritual of the suspended coffee has been successful also outside Europe, thanks to the New York Times but especially when the food blogger Corby Kummer, a few years ago, talked about this all-Italian custom on the pages of “The Atlantic”, inviting chains like Starbucks to propose to their customers to join this popular and enlightened custom.

When coffee arrives in Naples

And yet, as it was said in Naples, where today we consider it a ritual, coffee arrived very late, in mysterious, and almost legendary, ways. There are those who say that it all originated from the love sorrows of a Roman musicologist, Pietro della Valle, who in 1614, abandoned the Eternal City for a love delusion, and settled in Naples where he spread the consumption of a very special drink (kahve) tasted in the Middle East. Others claim that the coffee arrived clandestinely at the University of Medicine of Salerno (where, among other things, gin was also invented), passed off as a medication a century before Della Valle’s trip. Others, still, that coffee may have already been present in Campania around 1450, when the Aragonese reigned in Naples.

Leaving aside the actual date of the first meeting, the fact is that, unlike other cities in Italy and Europe, Naples really began to appreciate the drink only at the beginning of the 1800s. It was only then that the city was enriched by the colorful cries of the street coffee makers who, in addition to providing a quick breakfast to the hastiest Neapolitans, shouted every day the name of the saint who was celebrated: because in Naples, you know, the name day is much more serious than the birthday.

In other words, beyond dates and reconstructions, the secret of the immutable and infinite love between Naples and the black gold of nature is only one: coffee, like two hundred years ago, still serves to strengthen ties, in a symbolic context where objects and physical states end up taking on an immaterial meaning. Coffee for the Neapolitan is language: a sort of radar, a probe, an important preliminary that precedes every gesture. So, coffee is not just a cup, but a way to relate: it is the first approach, the first moments in which we study, exchange opinions, reveal each other. It is, therefore, a unique, indifferent, and indispensable moment. Personal and collective.

By the way, remember that in Naples it’s called café, the “ef” doesn’t double but it’s not even single, it’s something in between, in short: it brings us closer, it unites… and it also generates miracles. It is not for nothing that the great Eduardo De Filippo said: “When I die, you bring me coffee, and you will see that I resurrect like Lazarus”.