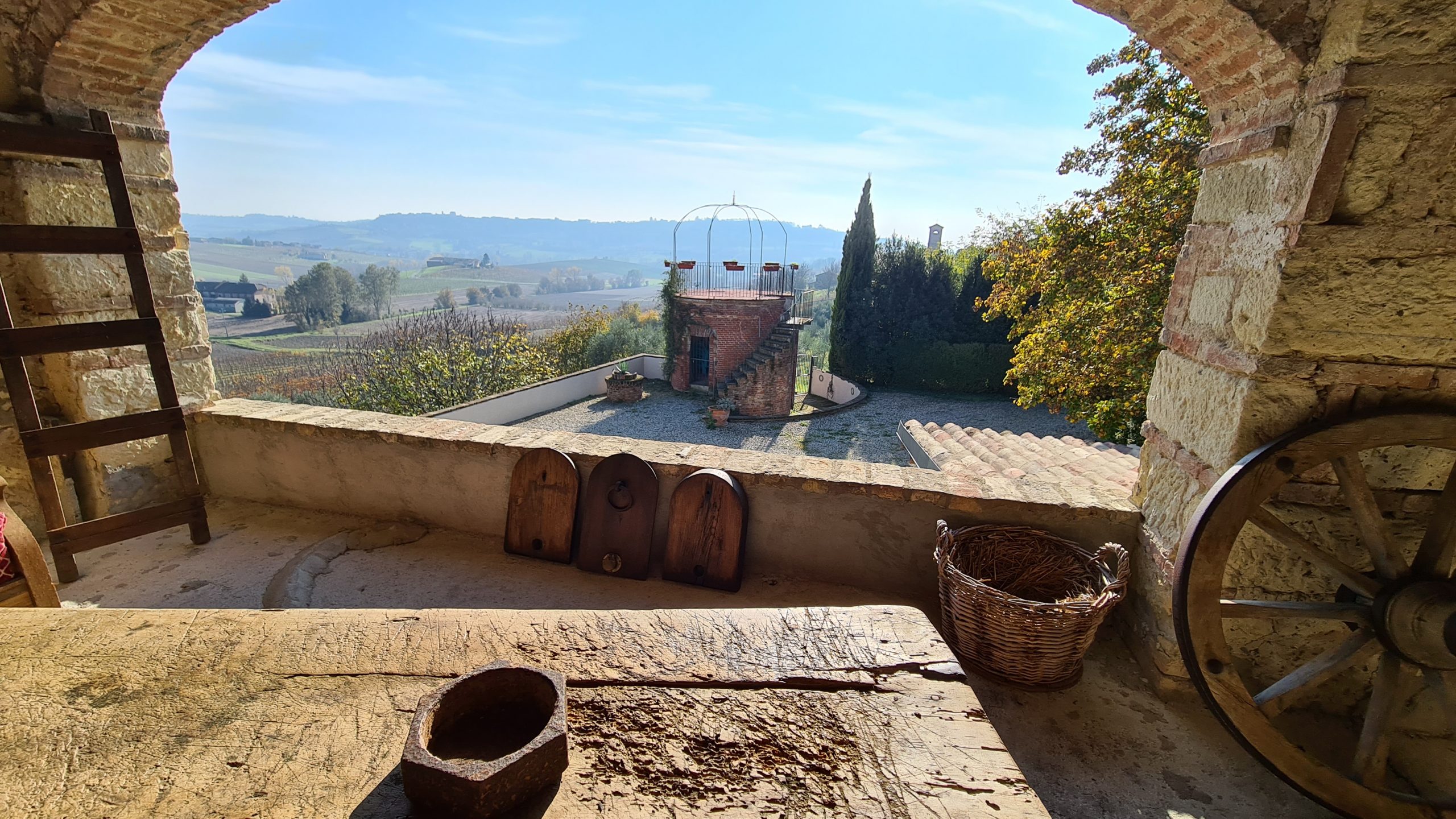 The story of Matthew, producer of natural wines

This story begins in Lambrate, a historic Milanese neighborhood well known to students of the city’s science faculties, who find a home here in close proximity to the more renowned Città Studi. In short, not exactly a place where vines are grown. Matteo Canzii attended middle school and high school in Lambrate and moved just a few hundred meters away to go to university: Faculty of Agriculture. As a Milanese food and wine enthusiast, he studied sommelier in the evenings and became so passionate about natural enology that he wanted to make a profession out of it. But how does one become a winemaker, without even a grandfather or at least a distant relative who owns suitable land to grow vines somewhere?

In 2015, Matteo met Tommaso Gallina, who, on the other hand, has vineyards of his own, and also a splendid winery inside an ancient villa that was the summer home of King Victor Emmanuel and his family. Most importantly, Tommaso also believes in natural winemaking. Between the two there is harmony, a collaboration is born, and so the Matteo of Lambrate begins to take his first steps between the rows and to collaborate with the first wineries that share his same production philosophy.

The few rules of producing wines “with soul”

“Natural wines,” says Matteo, “do not follow a specification, each producer is free to interpret winemaking according to his own criteria, respecting a few basic rules: respect for the plant’s vegetative cycle, few steps, no addition of substances-just copper and sulfur in the field. The vineyard where clusters are produced by the natural method seems uncultivated, wild grasses are not torn up because they retain moisture from the soil. In the winery, great care is taken, no clarification or filtration processes are done, the wine is the product of fermented grapes and that’s all. Clarifying the wine is done by the general winter, by decantation. “

Natural wines between tradition and technology

Like our grandparents’ wine? “Not really, now we have technology. It’s real wine from the farmer that becomes precious and rough and doesn’t give you a headache the next day because it contains 80 percent fewer sulfites than traditional wines. “

Some of the steps are the result of ancient traditions: we bottle with the waning moon, natural wine has a soul. Some people swear that the flavor and aroma change depending on what phase of the moon it is when you taste it: it is alive, true, and spontaneous.

Matteo’s wines: as natural and untamable as he is

Finally in 2019 the first natural wines under the “Riflesso” brand are born: Matteo’s wines are based on freisa, barbera, grignolino, riesling, but also rare varieties such as timorasso and malvasia di Casorzo. The grapes come from Godio, Odalengo Piccolo, Ponzano Monferrato, and Casorzo: places with a long winemaking tradition, where traditional methods and new approaches coexist.

What makes Matteo’s eyes sparkle, more than the number of bottles he has produced over the years or the awards he has received to date, is the character of the wines he produces: these are wines that will last a long time, that will perhaps go beyond his own lifetime. Untamable wines, just like him.